Thursday morning when Shawn and I were about to leave for the church, I felt that I was supposed to ask Sharon (who by now had become Mom) if she had anyone who mowed her yard. She said that she usually mowed it and that it was on her list, but she hadn’t had time. I told her that we would try to help her with that and then got into the car.

We reported to Salmon Frenzy Headquarters to find a sanctuary full of people singing worship songs together. We found seats and joined in. After the singing there were introductions and some housekeeping items were discussed. Then it was time to break into groups for orientation. Since we didn’t come with a group, we followed one of the staff members and asked him where he wanted us to serve. He told us that this was the largest group that they had had, and asked us if we knew anyone in the community who might need work done. Our thoughts immediately went to “the Grouch” down at the B&B and we said, “Yes!”

We went to Home Depot, bought some gloves and called to inform Mom that she was our home mission project.

cleaned up tree trunks and 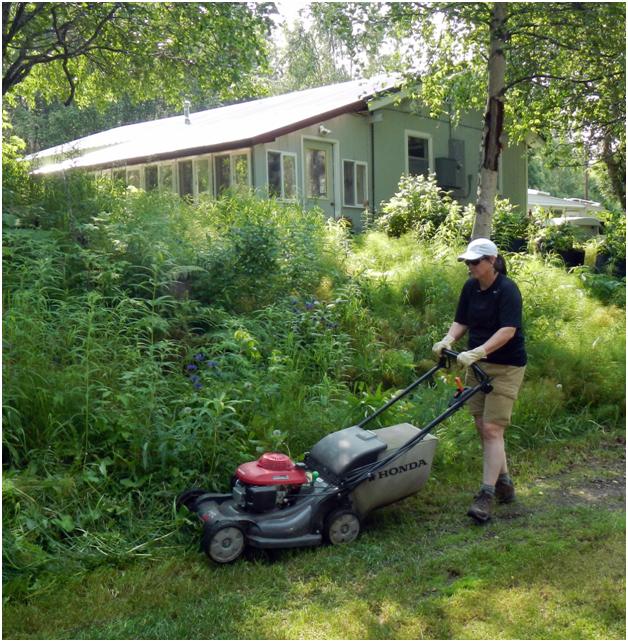 At this point it is important that you know the following information: Our first morning we asked Mom about this plant.

She told us that it was called cow parsnip. Then she said

“You need to be careful of this plant, because if the juice from it gets on you while you are in the sun, you will have third degree burns on your skin.” That was comforting, since that stuff was all over the place.

Now…there is a quote that says that the will of God will never take you to where the grace of God will not protect you. That’s good, because bless her heart, Mom wanted her cow parsnip whacked down…all two acres of it. So, 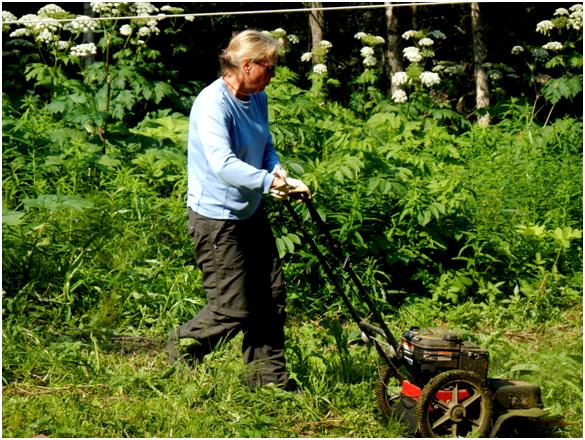 Shawn cranked up the motorized weed whacker on wheels, and I found a manual one for those hard to get places, and we went to work.

We even learned how to keep the weed whacker working…

with a little help from our friend.

We piled up limbs and

hauled off limbs and

cleaned up underneath trees. We even dug a trench and buried a cable. 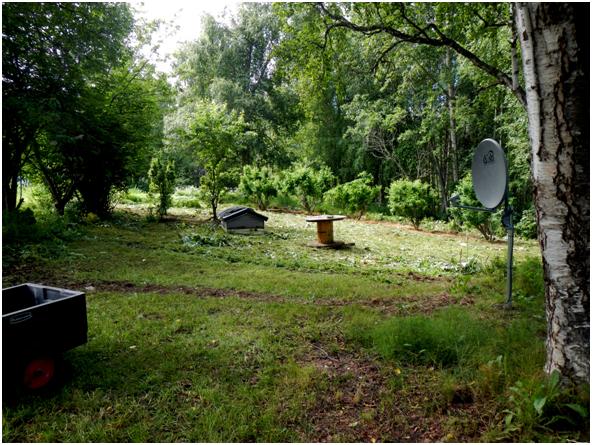 WE HAD A FABULOUS TIME!