This morning the boys came over for a couple of hours. Since their parents have banned them from electronic games for a week, our best option for the least amount of mess making was to go outside…in the heat. They suggested that we go on a hike. The last time we did this, Denton declared himself the leader. He knew that this time it would be Hudson’s turn, but tried to convince us that I should be the leader. If he couldn’t do it, he certainly didn’t want Hudson to do it either. Hudson said, “No, I’m the leader. Mammy, you be the photographer.” And so it was.

The first thing that Hudson wanted us to do was go toward the creek and find some walking sticks, 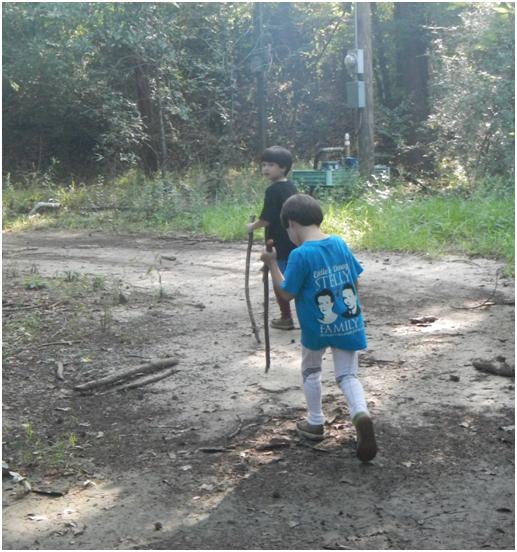 which is just what we did. As we headed north, we stopped to examine a pile of muscadines 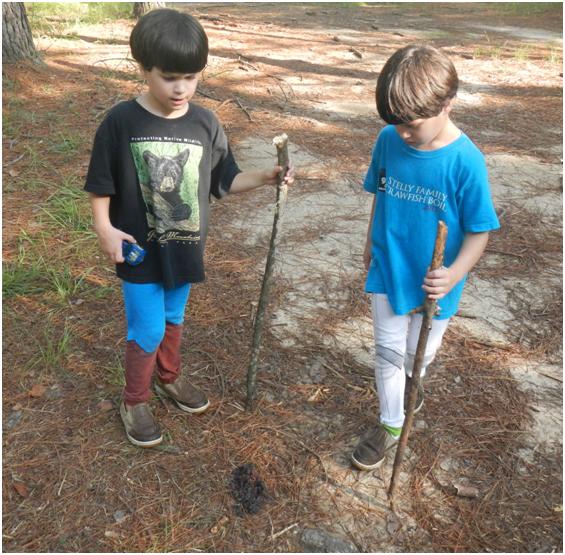 that had made a quick trip through a raccoon. Then we were off to bigger and better things, 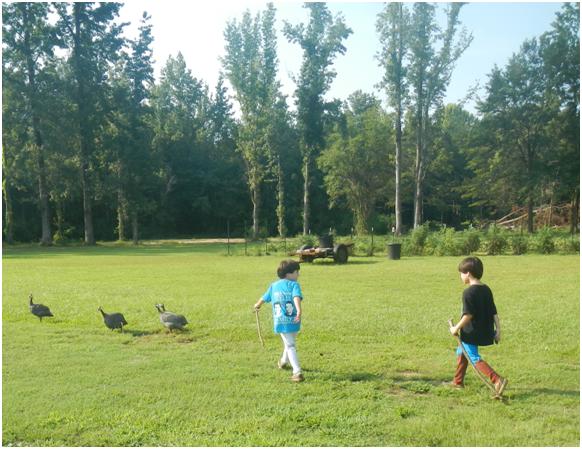 surrendering the lead to the guineas, who thought they were being chased. Imagine that. 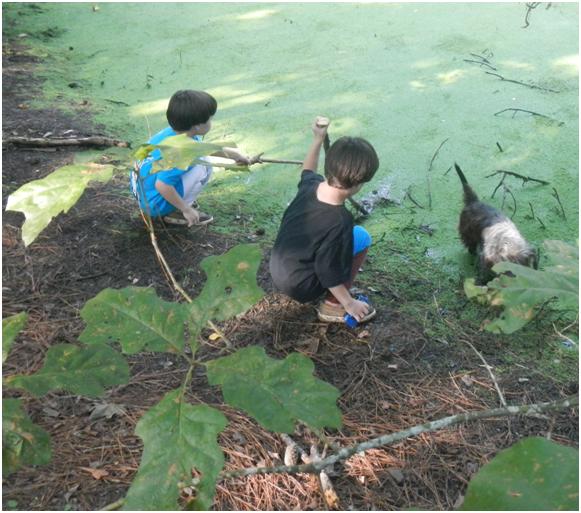 On the back side of the pond, Porter and the boys took a few minutes to stir in the duckweed before heading up the hill to “Pawpaw Rock”. 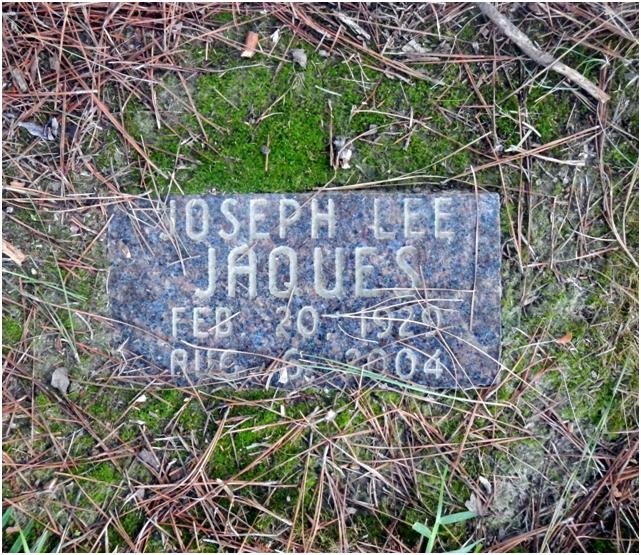 Pawpaw Rock is the boulder which sits beside the final resting place for Joel’s daddy’s ashes.

Usually when we go up there, we build straw houses, which they suggested we do. 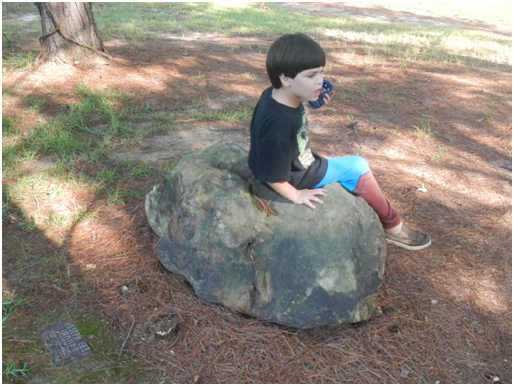 But, Denton plopped himself down on the rock and said, “Alright, ya’ll get some straw and start building.” 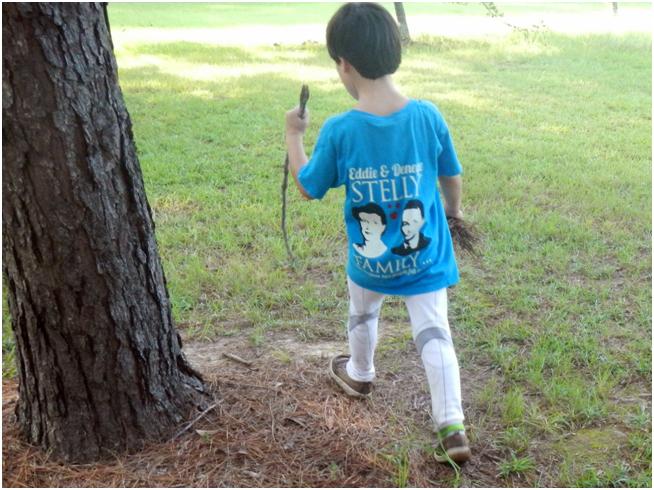 Hudson fell for it at first…then Denton said, 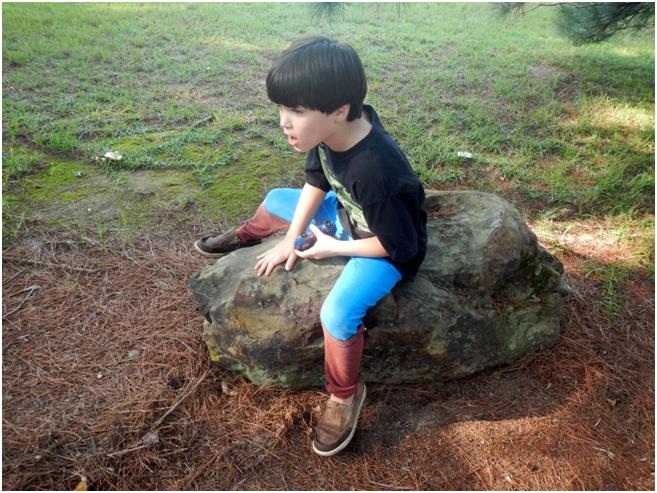 “I’m the leader, and leaders don’t do anything”…at which point he took on an eerie resemblance to my daddy. I reminded him that he was not the leader. Suddenly Hudson came to his senses, hopped on to the rock, crossed his legs and said, 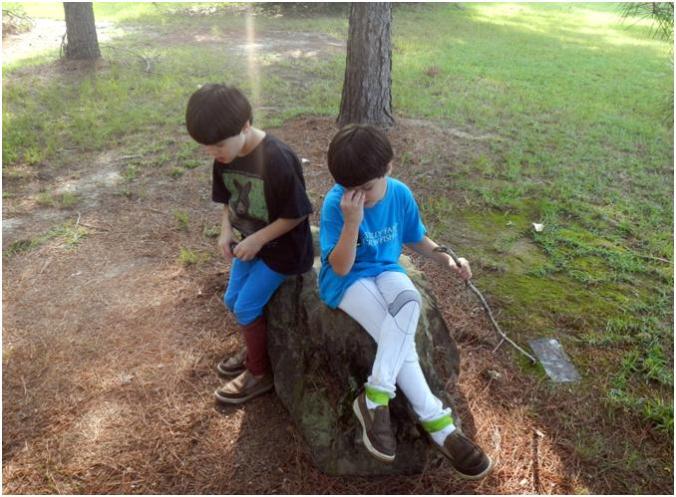 “I am the leader, this is my kingly throne, and I- am- not- doing- anything.”

2 thoughts on “I am the leader”