This morning before daylight I checked on Pauline and the chicks. She was still on the nest and the fourth egg still had not hatched. So, I let them be. Then after lunch I went back to the ‘birthing suite’ and found an empty nest. 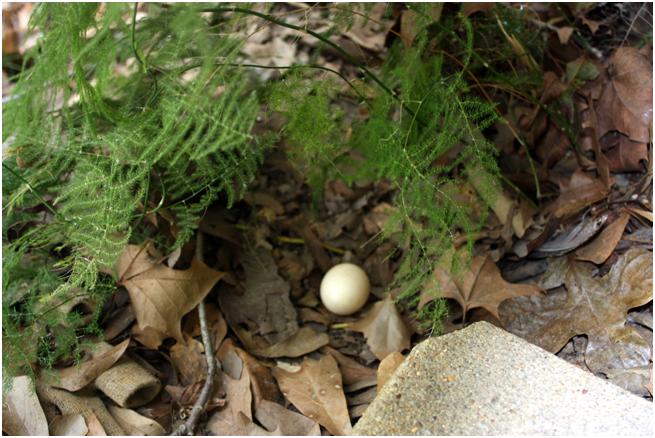 Well, it was almost empty. Evidently this was not just a tough egg to crack…it was a bad egg.

Hoping beyond all hope that the cats had not discovered that the chicks were on the loose, I began calling for Pauline. Luckily she had not taken them far. They were just around the corner under the azaleas. I figured that the only way to catch them was to offer Pauline a snack. So, I brought out the meal worms. 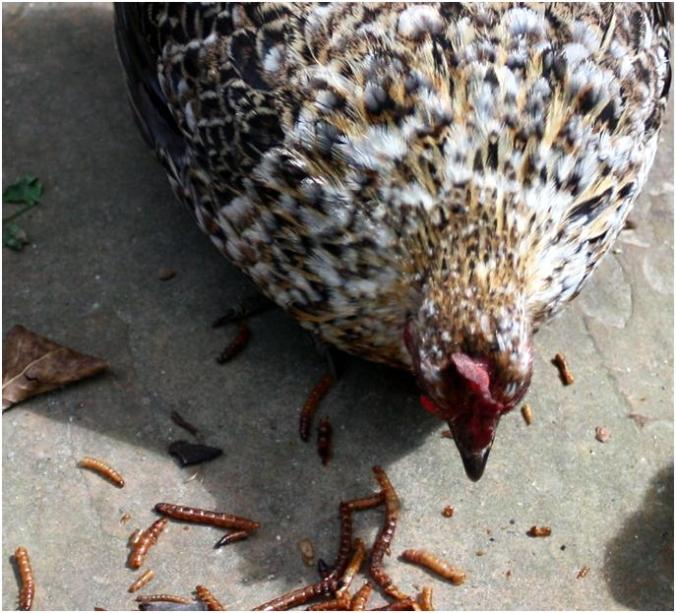 Of course Pauline didn’t waste any time getting to the table, and the chicks were not far behind her.

It’s like she was saying, “See these things? These are meal worms and you’re going to love
them”.

While she had their attention, I was able to scoop them up.

They really weren’t even a handful. Then I scooped up Pauline (who wasn’t the least bit happy) and carried them to a safer place.

4 thoughts on “With three you get meal worms”