Cades Cove is one of the most visited places in the Great Smokey Mountains National Park with about two million people a year driving the loop road. When you enter Cades Cove you immediately feel as though you have stepped back in time…that is until there’s a traffic jam caused by people stopping to take pictures of the abundant wildlife.

Even though I’ve done it, I get aggravated when other people do it. (and so does Joel, because he does the driving)  So, we decided that we would go back to the cove on Thursday and avoid the traffic jams by walking the loop…all eleven miles of it.  We figured that if push came to shove, we could catch a ride with a nice retired couple.  We didn’t take many pictures…I guess we were more concerned with finishing our journey than capturing it. 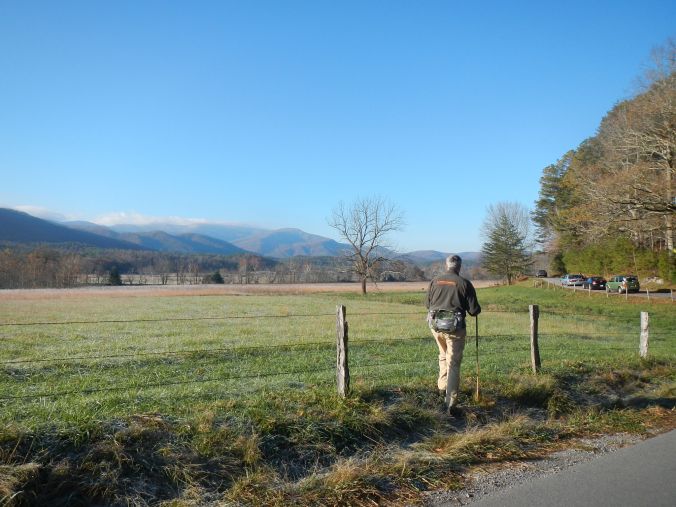 It was a perfect day!  The sky was blue, the temperature was just right and the

the colors were brilliant. We had a picnic and took a couple of rest stops. I have to admit that it’s better to experience the cove on foot than in a vehicle.  However, after four hours and forty-five minutes we came upon the most beautiful sight of all…

3 thoughts on “The most beautiful sight”