Today Josh, Nikki and Josie went to a daylily meeting, so the boys stayed with us.  We took them to Leebo’s (because they love to go there) for lunch.

Hudson ordered a piece of chicken with a bone in it. Denton ordered a corn dog and removed the cornbread part.  They washed all that down with chocolate milk.  Then, they

picked out desert which consisted of doughnut holes in a cup.  When we got in the car, Joel reminded them to put their seat belts on.  That, in turn,  reminded me of a jingle that came out years ago before seatbelts were mandatory.  I began to sing, “Buckle up for safety, buckle up.  Buckle up for safety, everybody buckle up. Show the world you care by the belts you wear.  Buckle up for safety, everybody buckle up.”  Perhaps you remember it.  Joel did, and sang along.  Before we could sing it a second time, Joel changed the third line to, “Show the world you care, wear clean underwear“.  Well, that changed the whole dynamic of the song, so we had to make up words compatible with Joel’s new line.  I won’t tell you what they were.  It’s more fun to make up your own lyrics to match the mood of your family.

After a golf cart ride around the property, 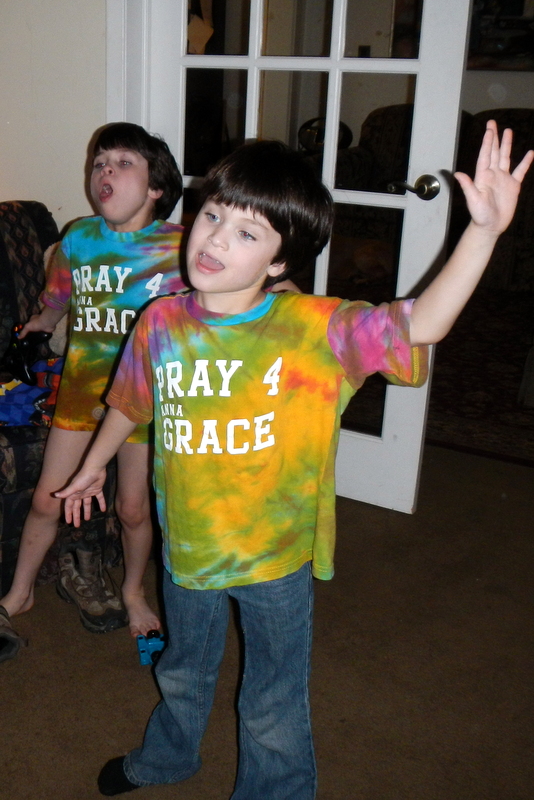 the boys played a video game and then were supposed to take a nap before their parents returned.  Well, Denton took one.  Hudson mostly just wallowed around in the blanket.  He said

that he was unable to sleep because he thought that there was a monster behind the door making it squeak…  I kinda wish there would have been.

3 thoughts on “Kinda wish there would have been”