This morning Joel, Tammy, Donna, Donna’s daughter Jean, and I 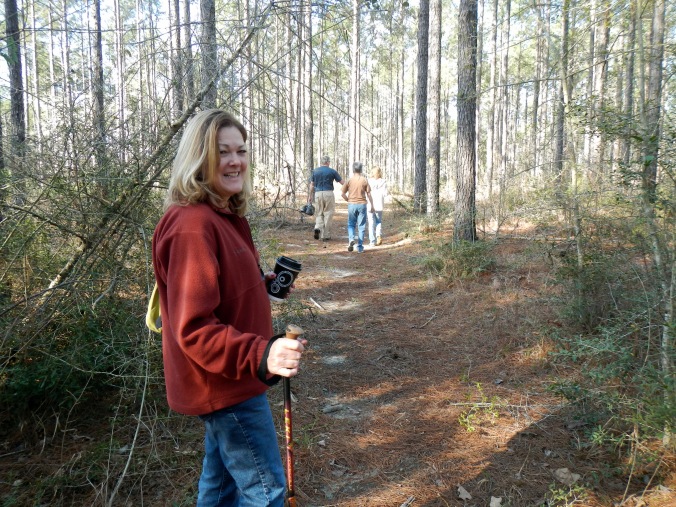 headed down the Azalea Trail to meet Tommy and a few couples from his Sunday School class for hot dogs and a hike.  Actually, they met us, because we got there first…which, according to my calculations, was on time.  But that was alright. 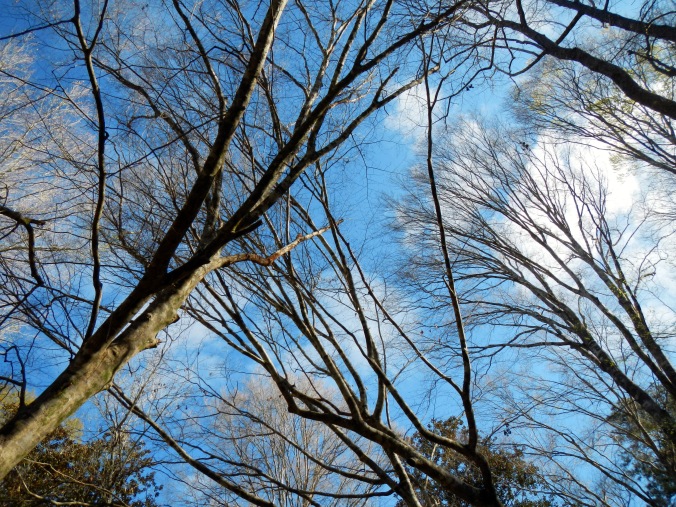 and chatting until the rest of the group arrived.

Before long, we heard children’s voices and then were able to see 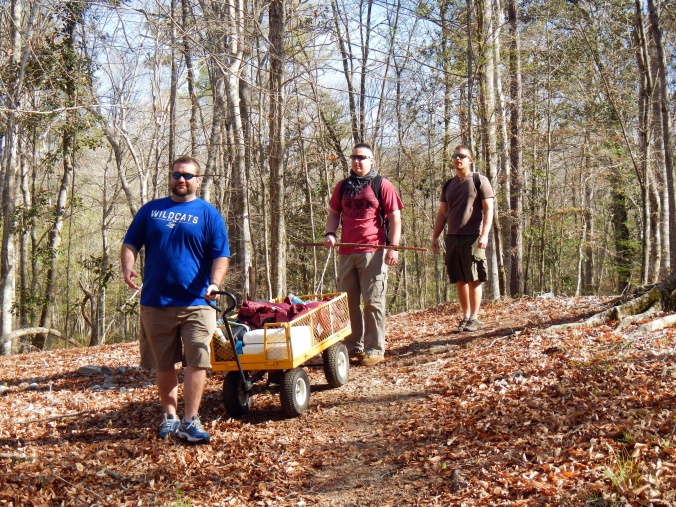 some of the guys coming down the hill with the food.  Not far behind them 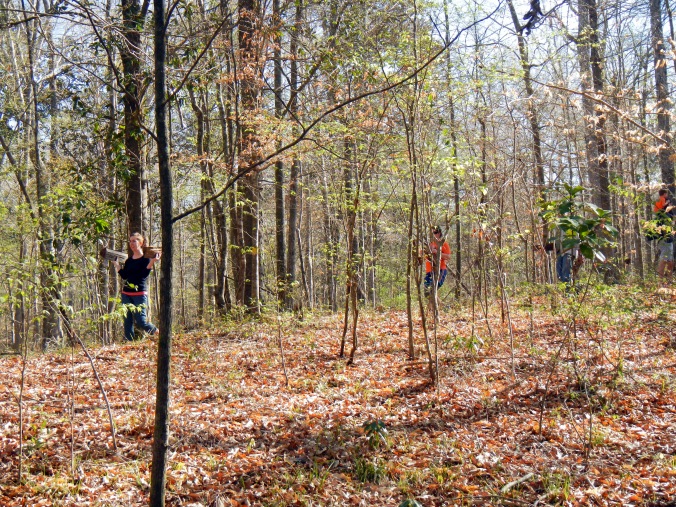 were the girls, who were carrying fire wood. Something about that just didn’t seem right. Just sayin’.

There were five children.

Four of them were big enough to play in the creek.

And then there was Tatum, who stood at the water’s edge and threw in sticks.

Blake started the fire while the rest of us visited.

Then, while the fire was doing it’s thing to get ready to be cooked over, some of the young men decided 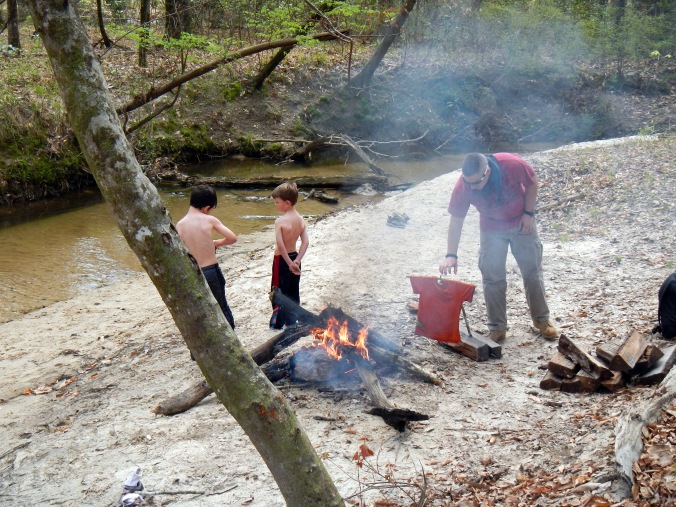 that their shirts needed to be hung out to dry.

Not long after that, 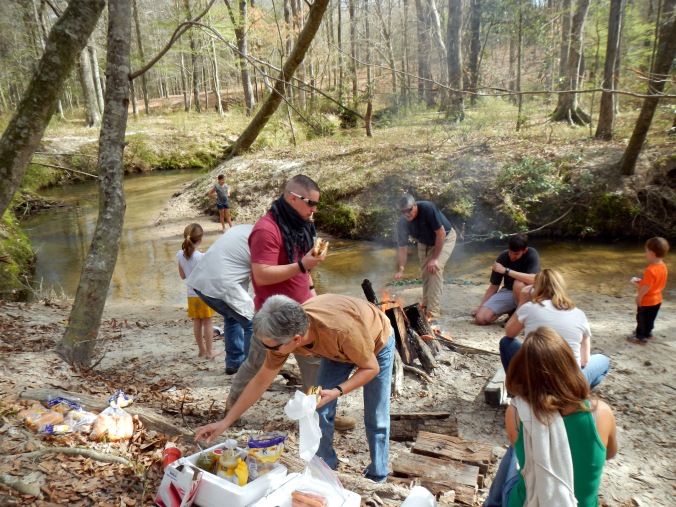 a hike.  I felt that it was a little to soon after the meal for that, but hey, what do I know.  Thank goodness we didn’t go too far.  For some reason, Joel was appointed the leader, and the children stayed right behind him all the way til the end,

when I noticed that he was even carrying one.