Yes, it has been a while. As a matter of fact it has been way too long since my last post. But know that I have repented of this sin of omission, and am making things right today. So, let me sum up what has transpired during my “silent period”. 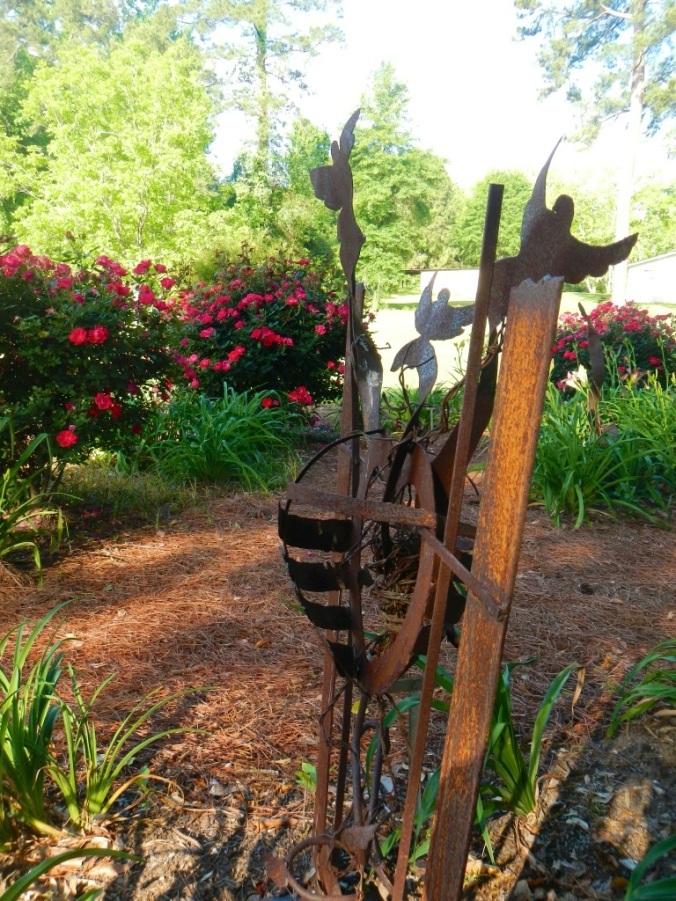 The daylily garden is beginning to come alive. The roses are in full bloom, but because of the unusually cool weather, the lilies have been a little slow…but beautiful. 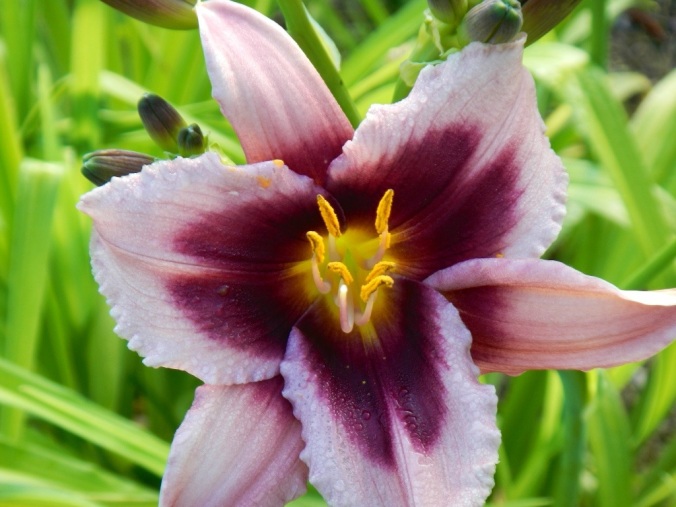 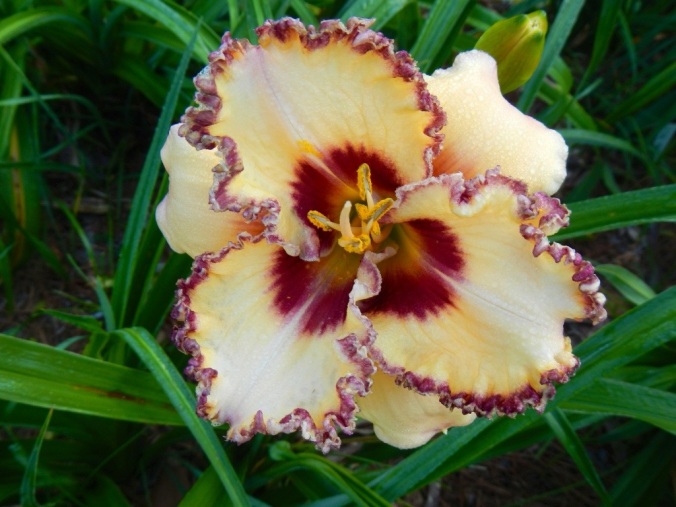 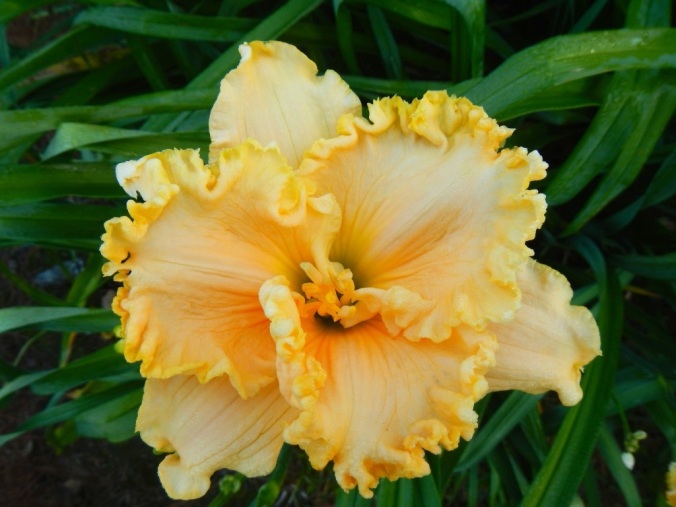 We had to put a gate 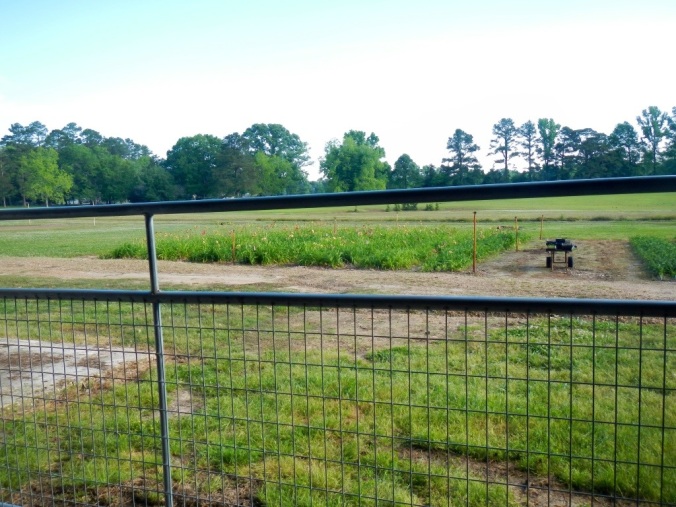 where no gate has been before because of our ‘e-scape-goats’. Those Houdinis of the ruminant world have escaped through a hole (that they made) in the fence in the barn area. They were found eating 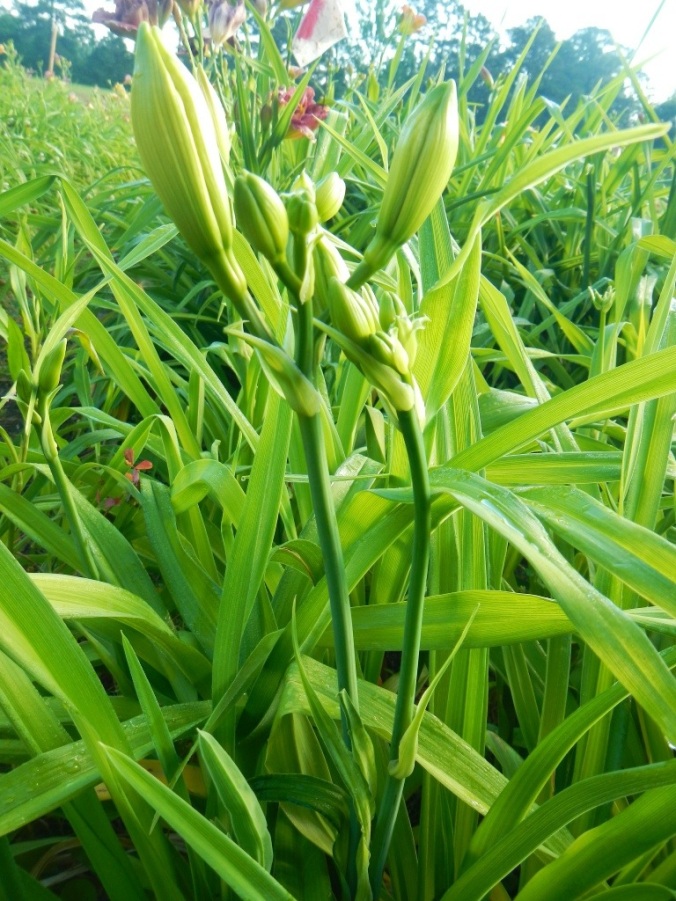 daylily scapes in one of Josh’s gardens. (Not good)
The Crested ducklings 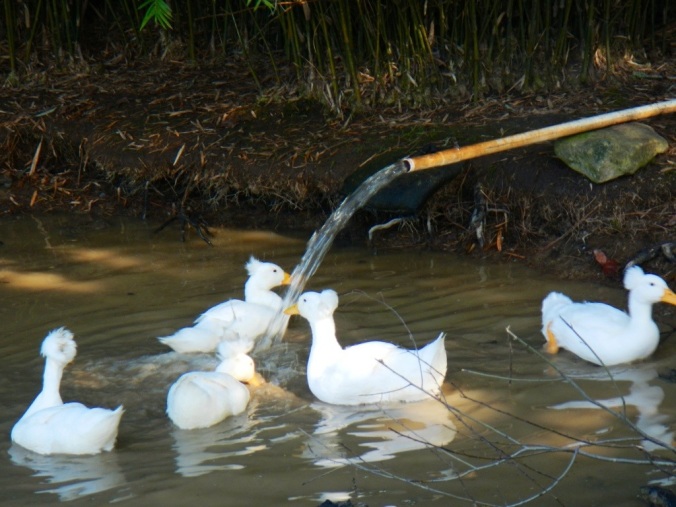 are now sporting beautiful white feathers and loving being in the water. 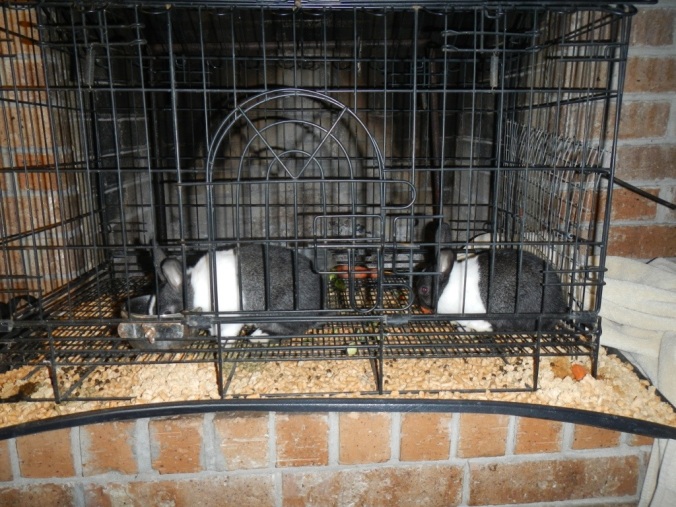 I traded in the two little Dutch bunnies because they were both males. If you remember, Joel brought them home not realizing that they would fight when they got a little older. This has happened here before and it isn’t pretty. Later I went back to the feed store and came home with 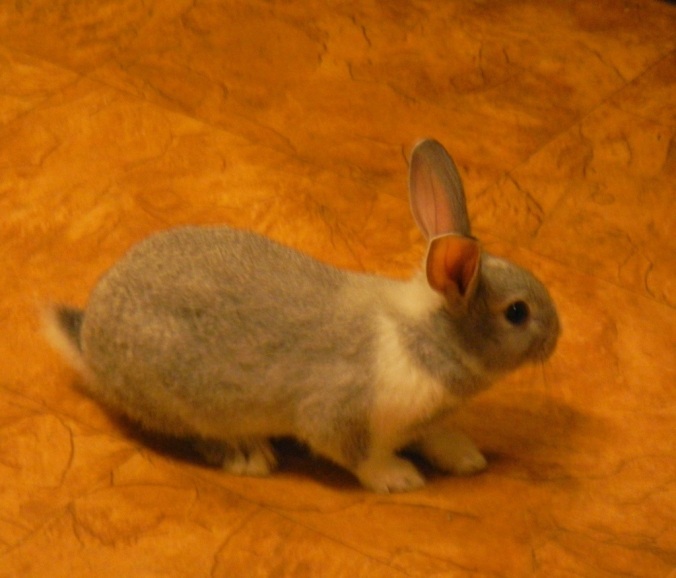 this little female that I call Polk Salad Annie. (One of the first things that I fed her was some polk greens that we pulled out of a flower bed.)
We’ve been trying to spruce up the yard for the convergence of daylily people. 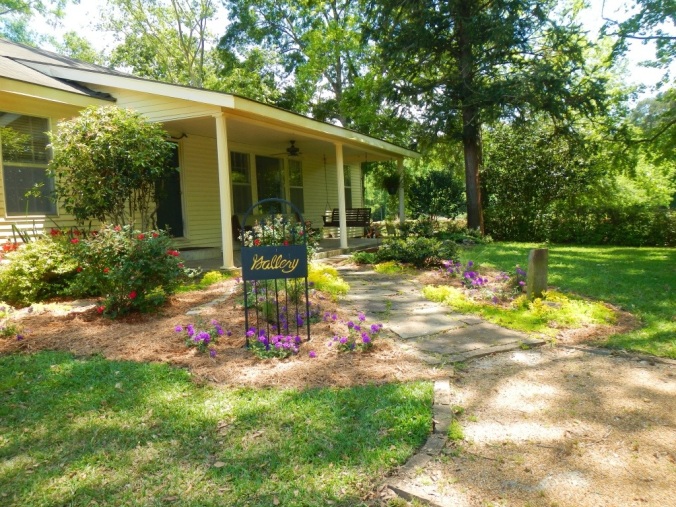 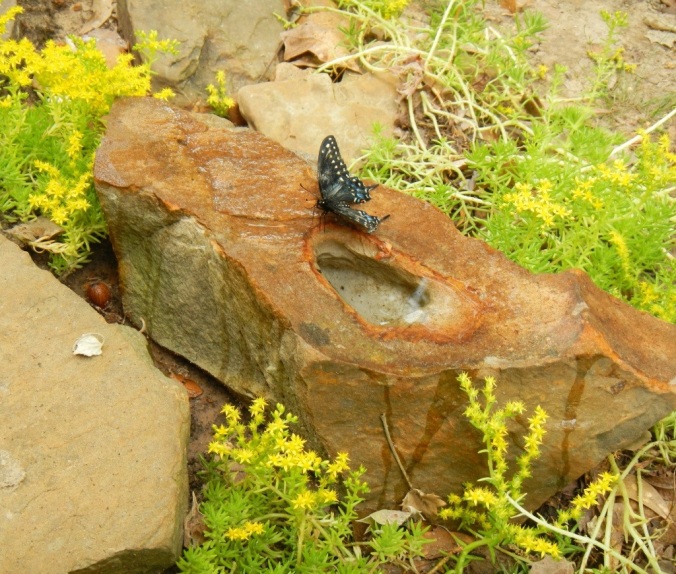 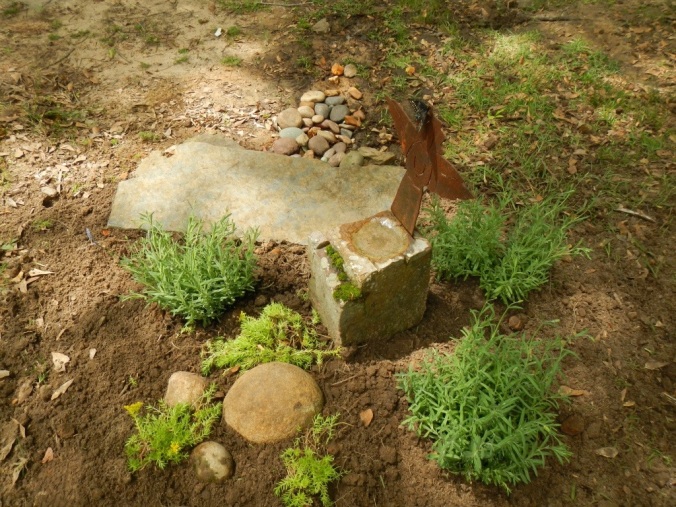 And at Donna’s suggestion, I turned the old bath tub 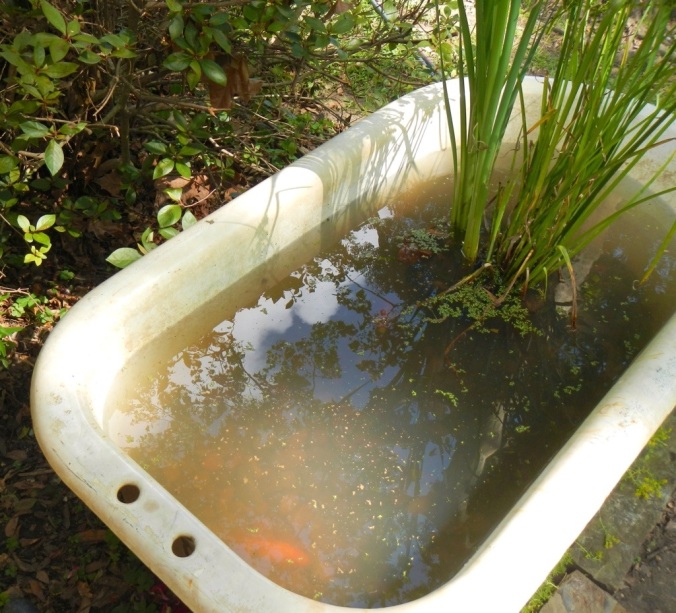 into a goldfish pond.
With scraps that I had in the shop, 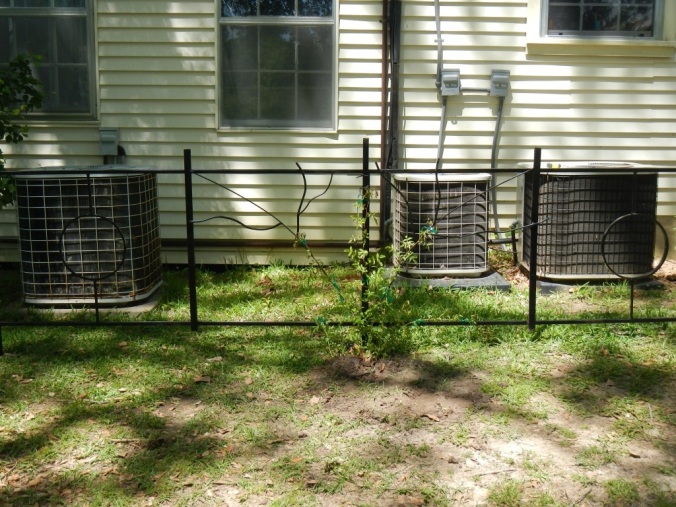 I built a trellis and planted a running rose in an attempt to hide those outside units.
While I was at it, 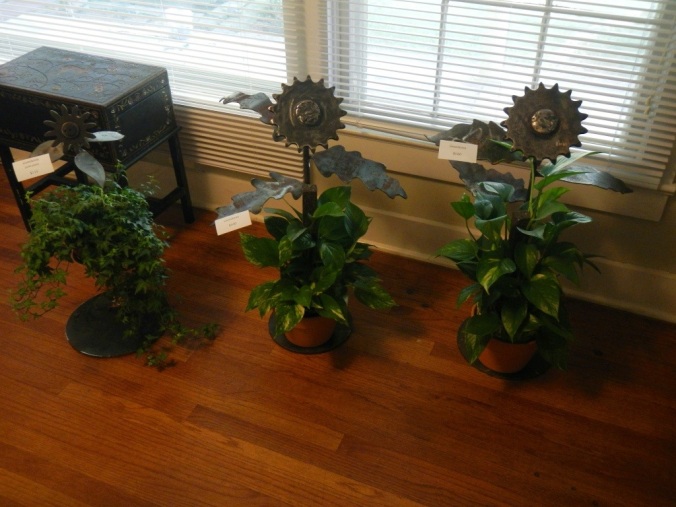 I made a few more ‘geardenias’. And, 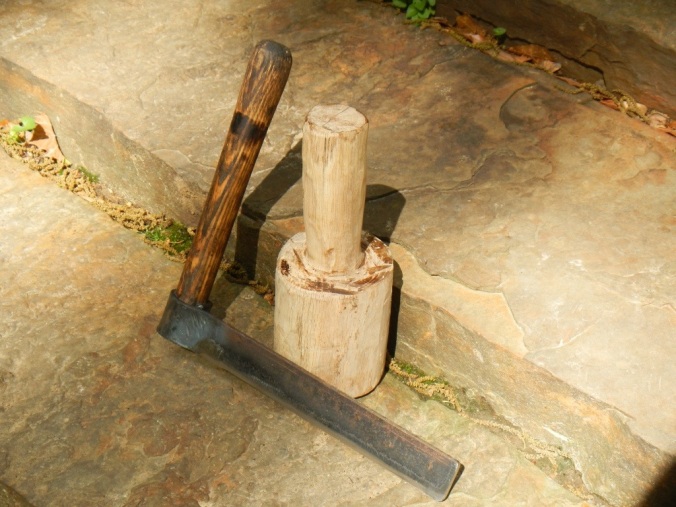 I made a mallet and froe to split small pieces of wood for starting fires. Speaking of fires, 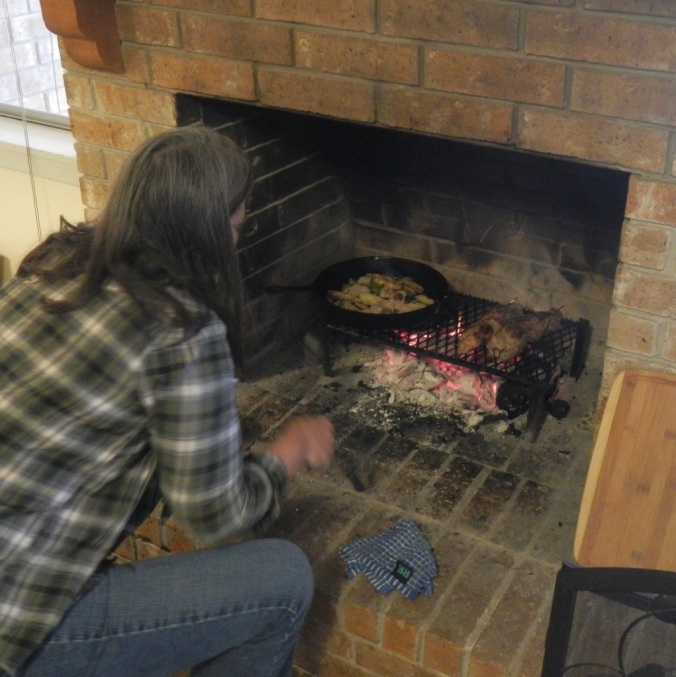 I’ve done a little open hearth cooking. One Sunday after church, I cooked vegetables and pork loins. Then last week, 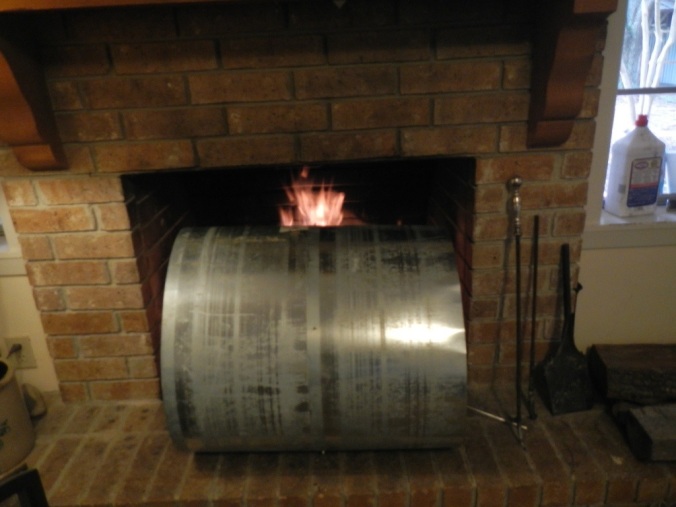 I set up my little oven after 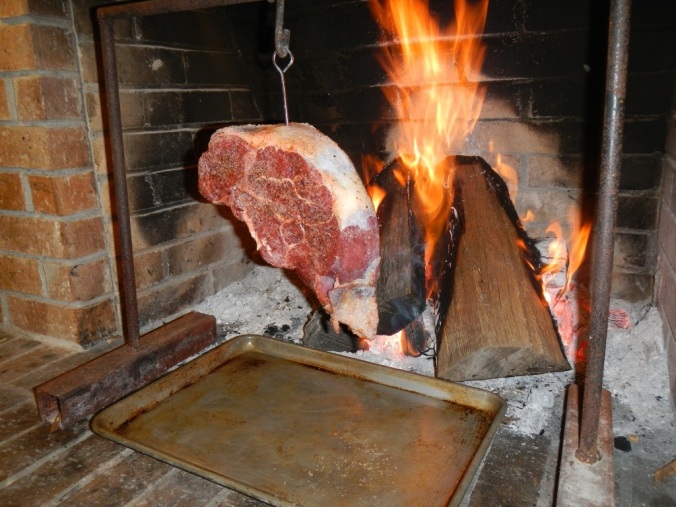 hanging a roast in front of a nice hot fire. It only took a couple of hours to cook and was delicious.
Still on the subject of fire, 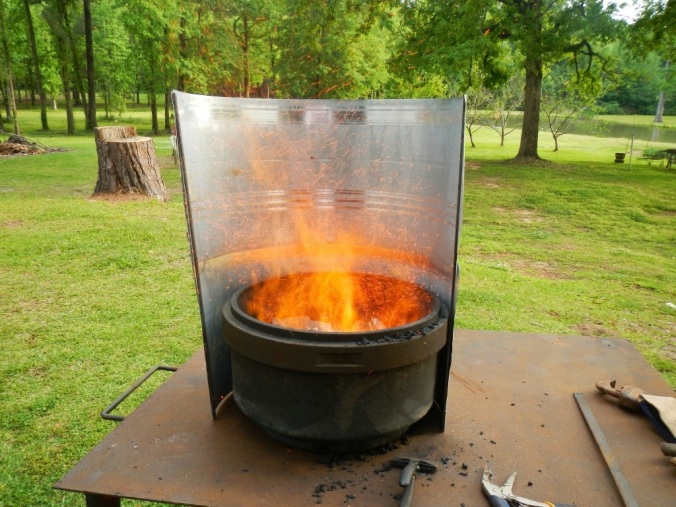 I fired up the forge and had myself a hot time in the old town.
I fostered a stray kitten 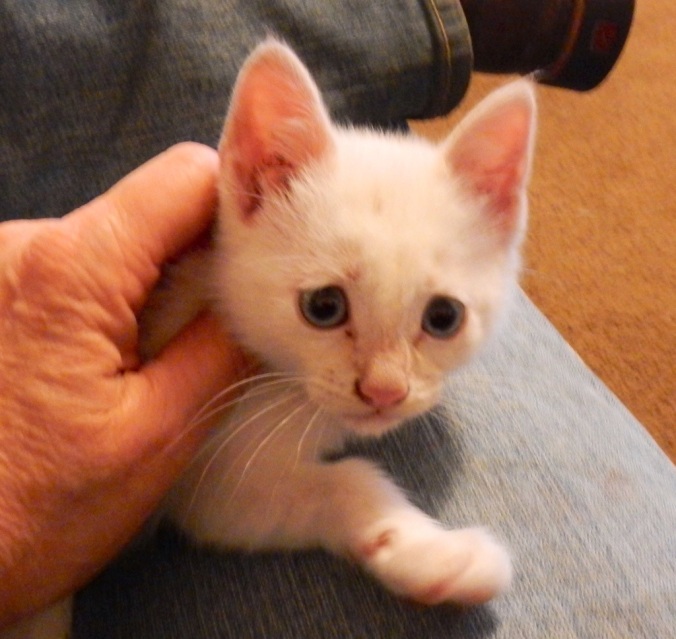 for 24 hours. We found it a good home thanks to Nikki and facebook.
I’ve also spent a good deal of time on the Azalea Trail 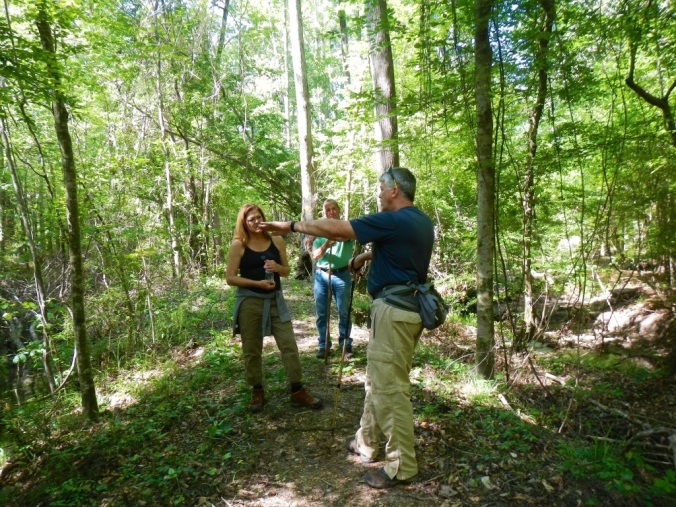 with friends and family, visiting and 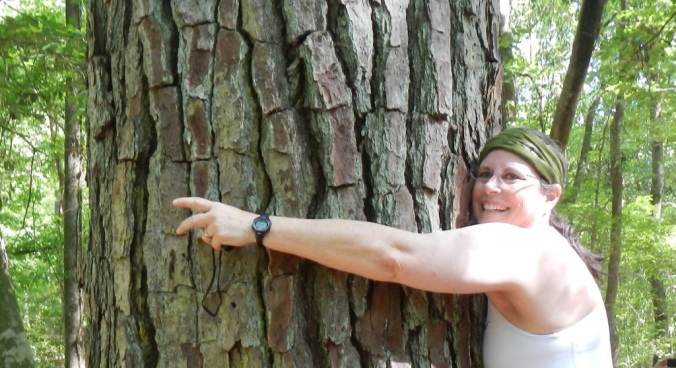 measuring trees.
So you see, it has just been a normal few weeks, and 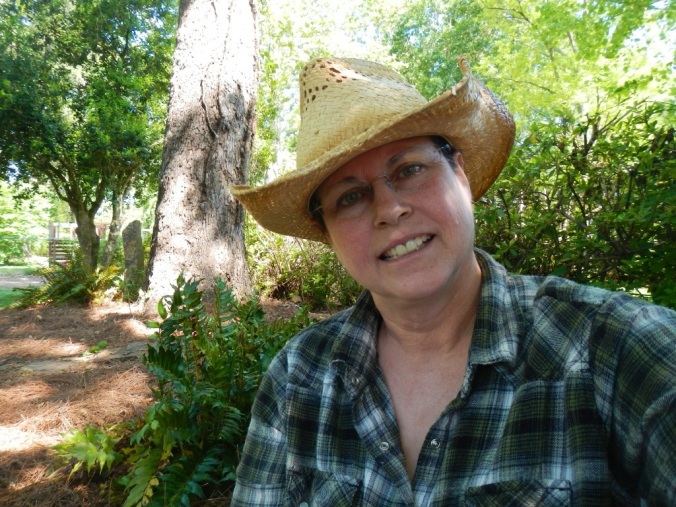 that should about get you caught up.