Yesterday was sort of a lazy day.

But lazy still works for some of us.
I mostly just piddled around the place, got caught up on the laundry, did a little house keeping at the barn, and spent time with the animals. 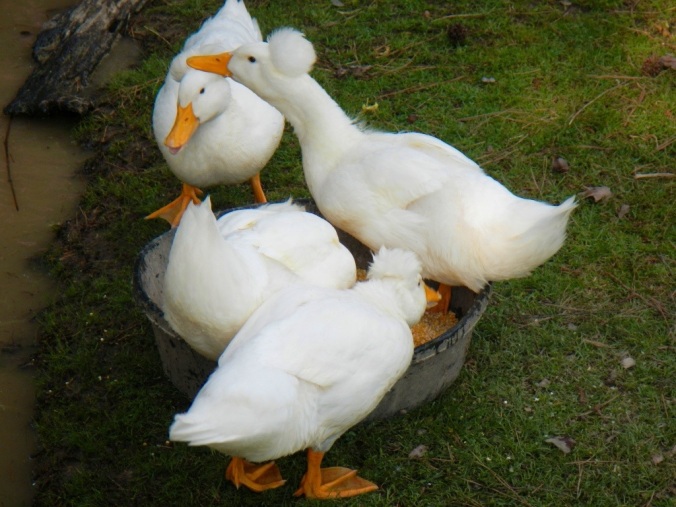 The ducks have really gotten pretty. I wasn’t expecting them to be white. The crested ducks that I had before were brown and gray – but I’m o.k. with white. 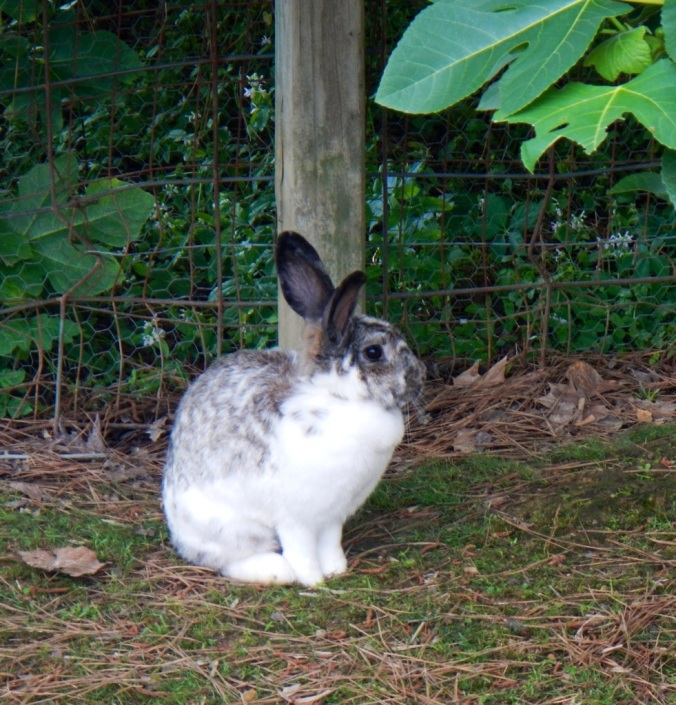 Sassafras, who lives with the ducks, spent a good part of her day hanging out under the fig tree.
I put Polk Salad Annie outside to play in the grass, but brought her back in 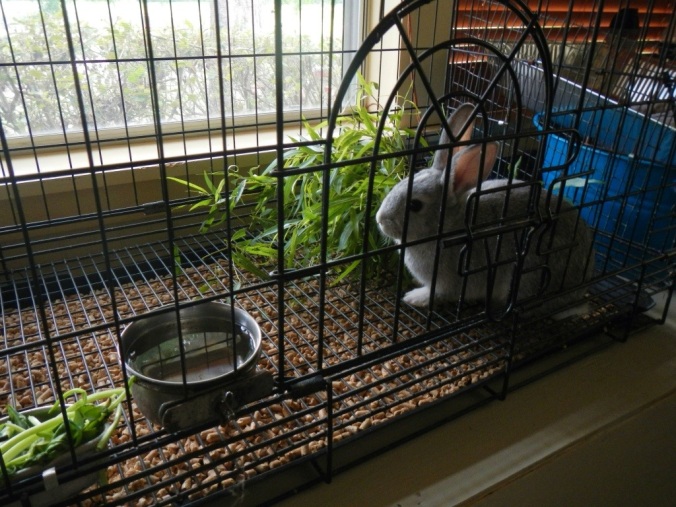 before dark.
I surprised the goats with roses,

which happens to be one of their favorite snacks. 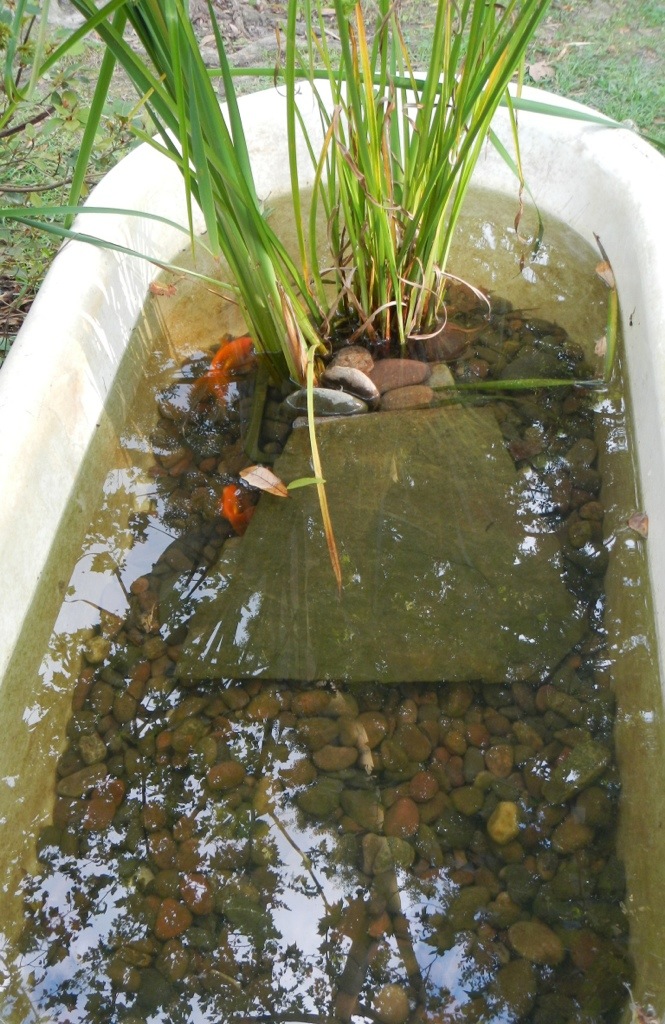 The water in the fish bathtub cleared up nicely. That took about a week.

I have this one broody hen,

who hates to see me coming. She knows that I’m going to take the eggs out from under her. I wouldn’t do that if we had a rooster. So, those eggs wouldn’t hatch if she sat on them till the cows came home. And that would be a long time, since we don’t have cows.
I meandered through the lilies in the evening. Even though they’re not at their best at that time of day,

they were still beautiful.
My life is not a part of the same rat race that most of the world seems to embrace. And even though I do march to a little different drummer, its still good to take things down a notch. This morning,

when Joel pointed out the sun’s rays reaching across the room,

I went out and strolled through the garden.

Everything was fresh and new. Flowers were open that were not open yesterday, 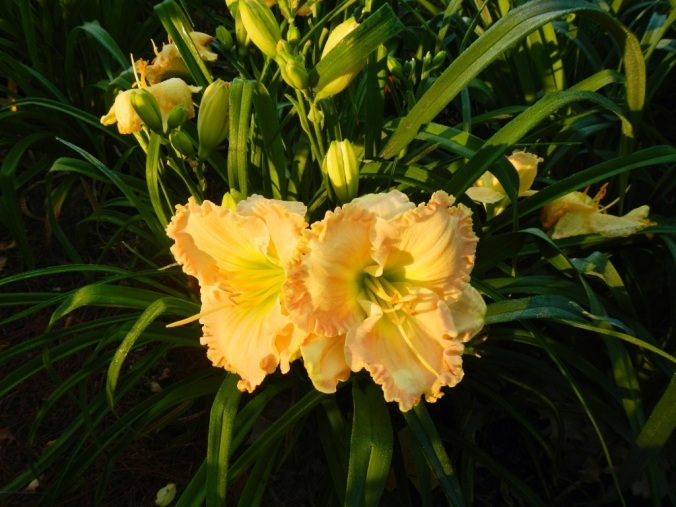 and will not be open tomorrow. Creation calls….it’s going to be another slow day.

2 thoughts on “Another slow day”