Things went well last night. Around six this morning the boys came into my room and said, Mammy it’s light outside, so that means we can get up.” I think one of their house rules is that they can’t get up until God turns on the light. Before long they were hungry and wanted pancakes with lots of syrup. As they walked out of the kitchen, I heard one of them say, “And I hope you put colors in them.”

I did. Somehow the purity of the color gets lost in the cooking process, 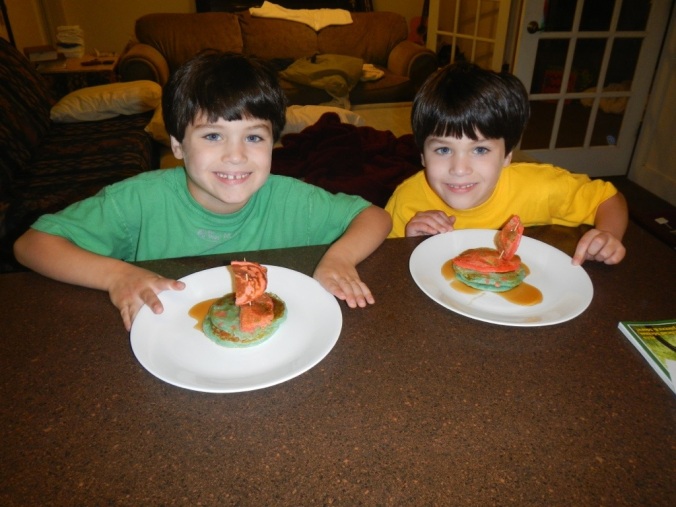 but they seemed to be happy.
Then they wanted to make cardboard figures. They decided that they would make knights. I suggested that they be done like paper dolls and that way they could design different armor and swap them out. It seemed like a good idea, but since these knights were treated as action figures, their outfits kept slipping off. 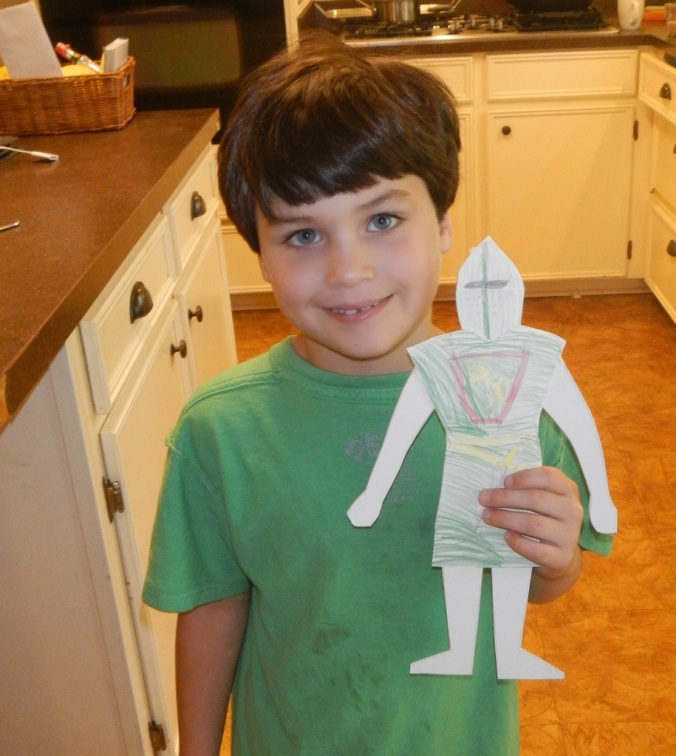 We finally just taped the armor on Hudson’s knight. The process kept them busy for most of the morning.

and colored some more. They had a great fun. There was one time when Hudson was so excited that he took off running through the house making strange noises at the top of his lungs. Denton looked at me and smiled and said that Hudson had issues.
After they had lunch and things were picked up a bit, I drove them to Meme and Pawpaw’s house for the second leg of their adventure. But they’ll be back…after all, tomorrow is another day.

3 thoughts on “Tomorrow is another day”