This afternoon I decided that I would pay a visit to the Tamp and Grind. I don’t know why, seein’ that I don’t even like coffee. Maybe I was feeling a little culturally deprived…or something. I’ve been there before, and people are in there reading and doing studious stuff. So, I packed up my journal and several pens and headed to the ‘cultural district’ of downtown Alexandria.
As I crossed the tracks on my way out of Woodworth, I said out loud, “What in the world are you doing!” But I kept driving and before long 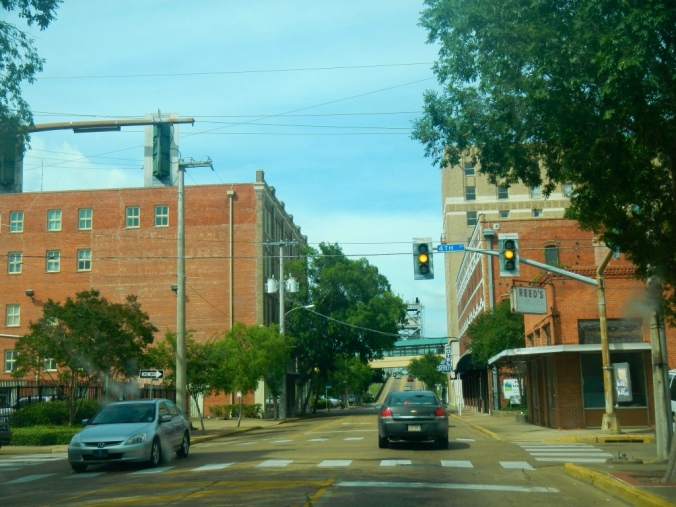 I turned right on Fourth Street, 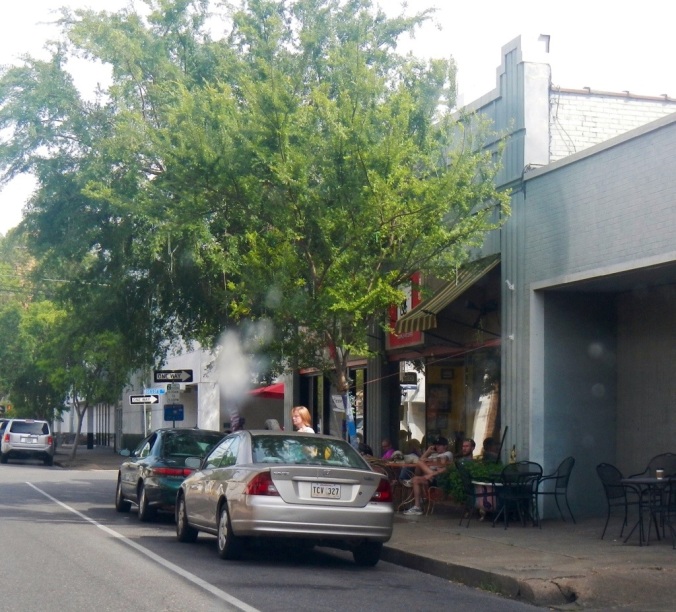 home to the Tamp and Grind.
I went inside and ordered an Italian cream soda 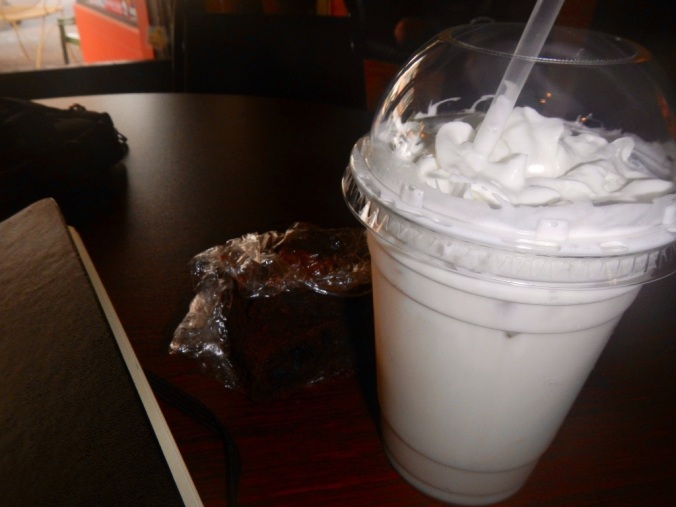 and a brownie, neither of which I needed, and sat at a table for two, alone, to write in my journal.

They were pretty busy. 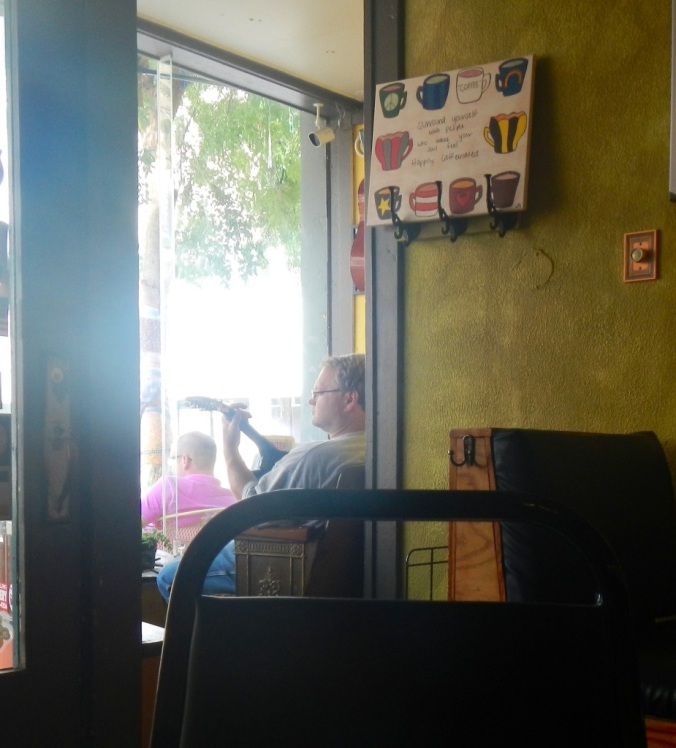 and people went, and I watched, and listened, and wrote.
Most of the people were not there alone, but were enjoying the company of friends, which seems like the way to go in one of those places.
And then I left……..just like that.
I walked back to my car, which was parked in front of a car

with a very interesting hood ornament.
As I crossed the tracks in Woodworth, I breathed a sigh of relief. When I got home, I walked straight to the lily garden

and sat down at a table… 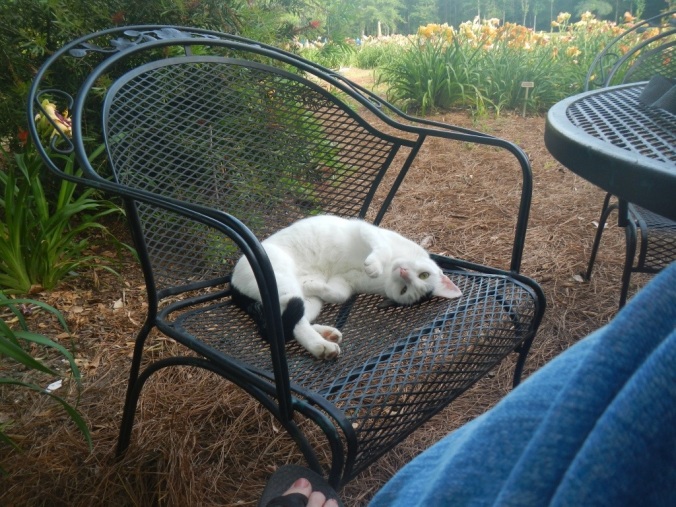 with some friends.
It wasn’t busy at all. There was this one guy

who came, and went, and talked on the phone. But other than that, there was only the sound of ducks and birds.
Oh, the Tamp and Grind was nice, and so were the people. But…I guess I’ve just been on the farm too long.

6 thoughts on “On the farm too long”