Several months ago I got a call from Adam. He and Laura were visiting with her parents, Karen and Rusty Elston. Rusty had some old 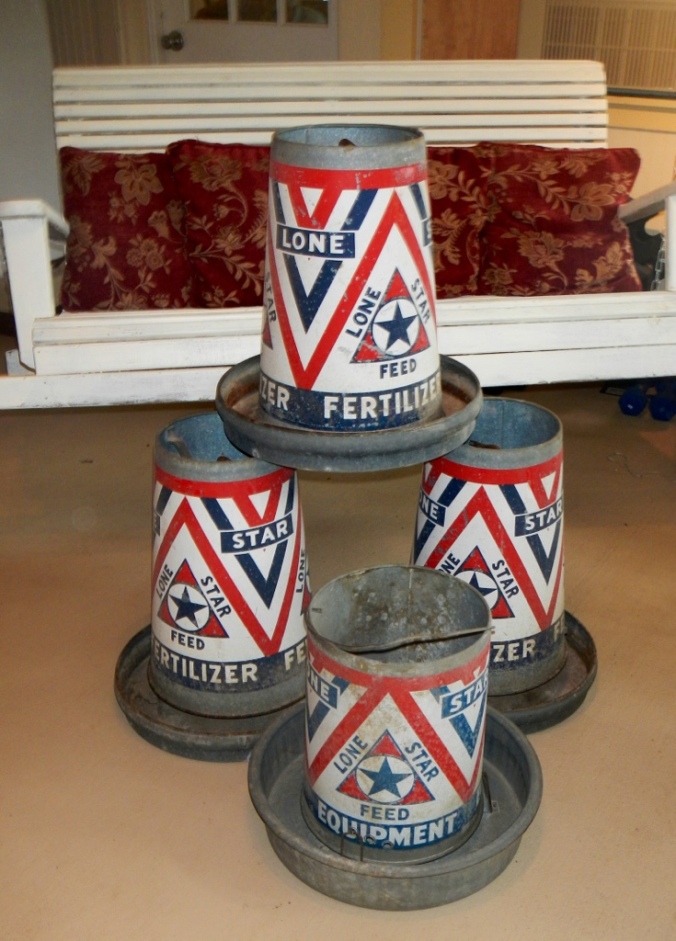 Lone Star chicken feeders that he wanted to get rid of, and Adam thought that I might like to have them. I told him to bring them all. There were a total of seven.
He put them in one of the old greenhouses that we are using for a shed, and I forgot about them. That is, until about two weeks ago. I brought several of them up to the house to see how I might could repurpose them.
I decided to use one of them as a hanging basket 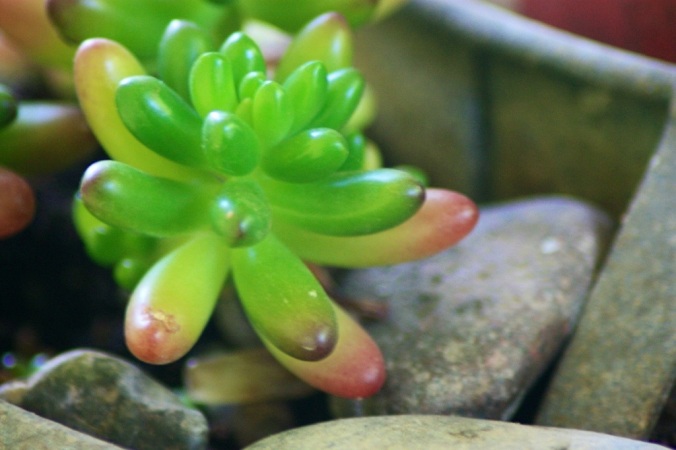 in which I would plant 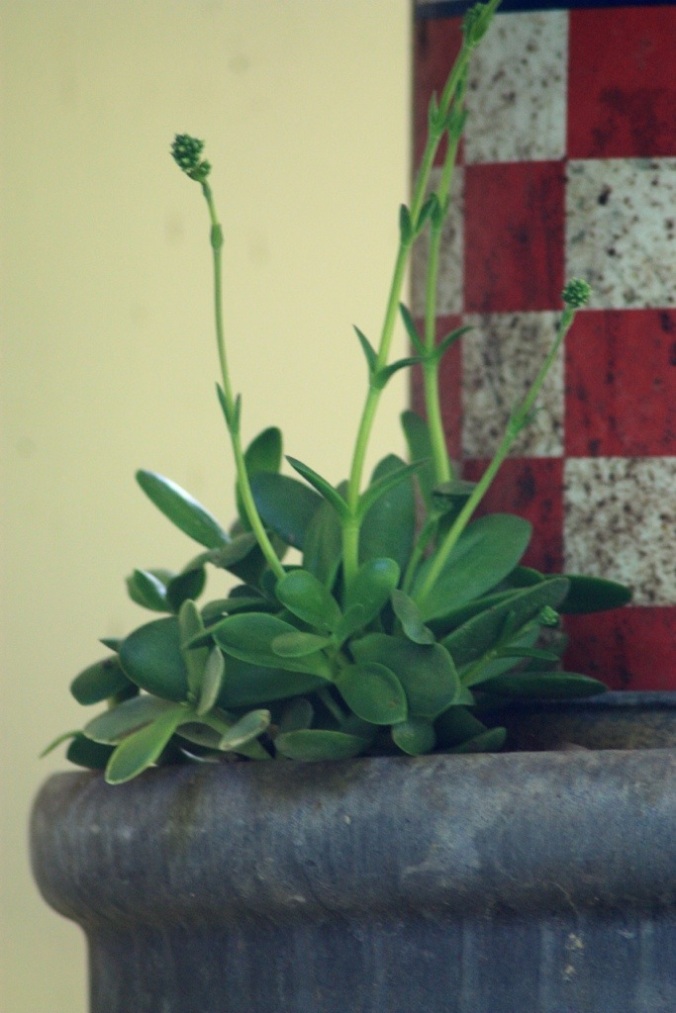 a variety of succulents 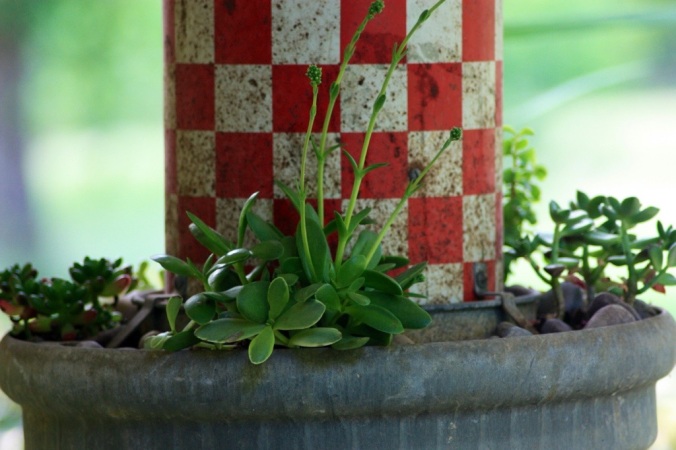 in the part that chickens would eat out of. 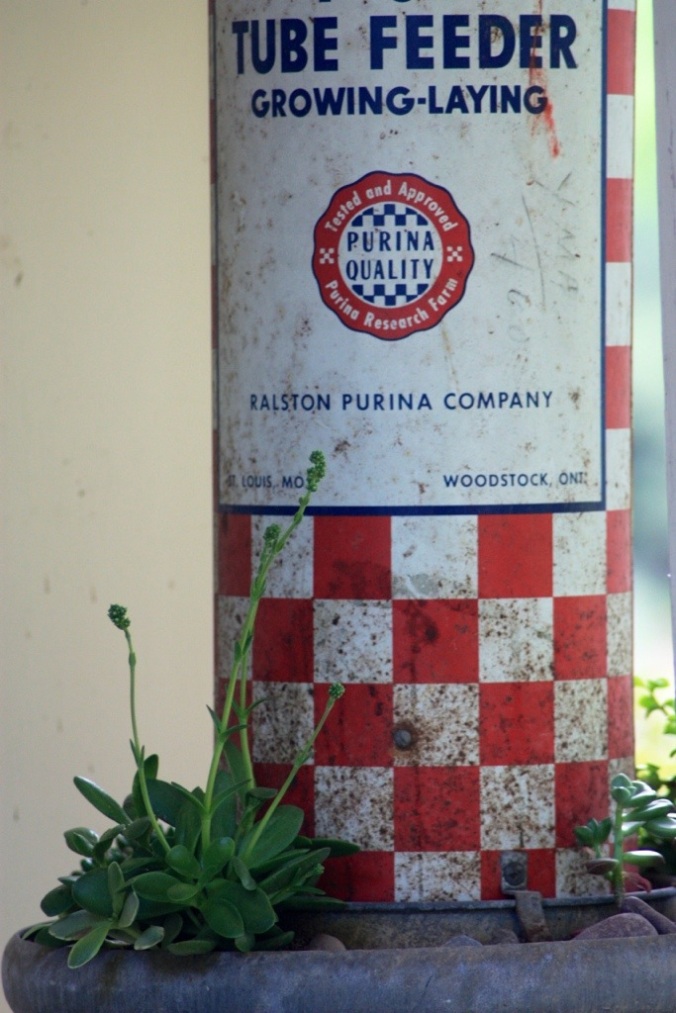 I put some rocks on top of the soil between the plants in hopes that they would help hold in the moisture. 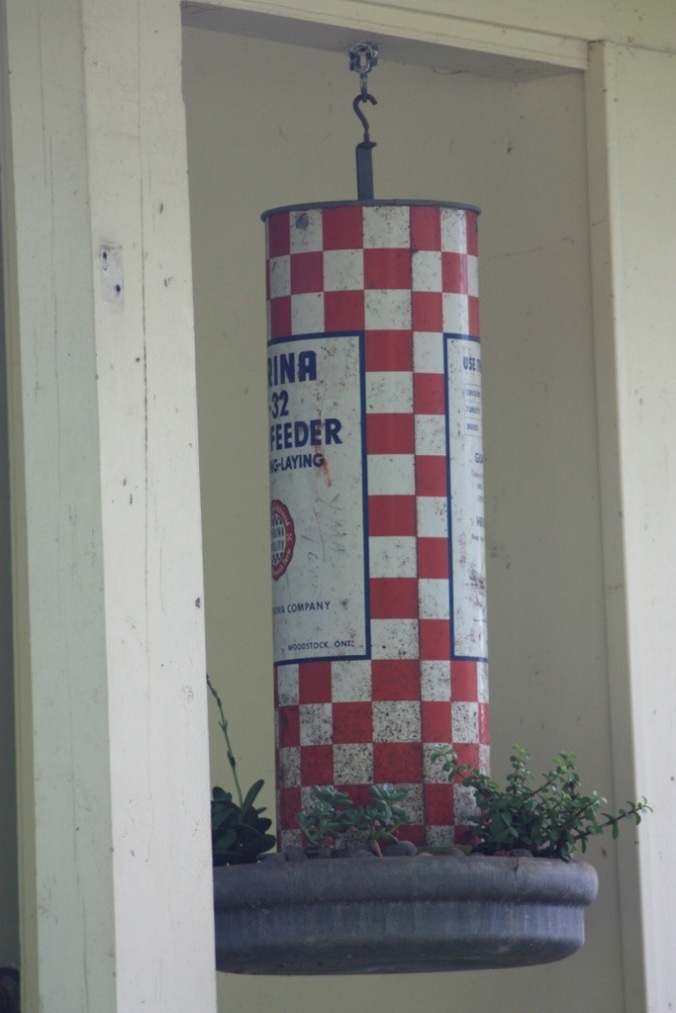 Then I hung the thing up by the back door. One down, six more to go.

2 thoughts on “Six more to go”