Thursday evening, I let Jessie and the ‘sister wives’

out to eat some grass. I propped their door open and intended to close it once they went to roost.  However, I FORGOT.

Yesterday morning, when I went down to feed the chickens and goats, the sister wives were back out in the grass.

Piper was with me.

He’s pretty good about helping me with chickens that are loose.  He herds them to me, then holds them down so I can catch them and put them back over the fence. The trouble is…he’s going to help whether he’s being helpful or not. Let’s just say that his heart is in the right place.

When he spied those red chickens, he went into helping mode. One missed her turn and went under a section of the barn that is up off the ground.

He went after her.  Of course she was terrified and tried to hide in and behind anything she could find.  I was not about to go in after her.  All I could do was cheer Piper on and hope beyond all hope that he would do the right thing.

He rolled that poor chicken with his nose from one end of that place to the other before finally getting her close enough to the edge for me to reach her.

Besides being limp, muddy and missing a few feathers, she was alright. I put her in a cage until she could ‘come to herself’.

While she was in recovery, the twins discovered her.  One of them asked Joel, “What happened to Mammy’s chicken?  She looks like a zombie.” 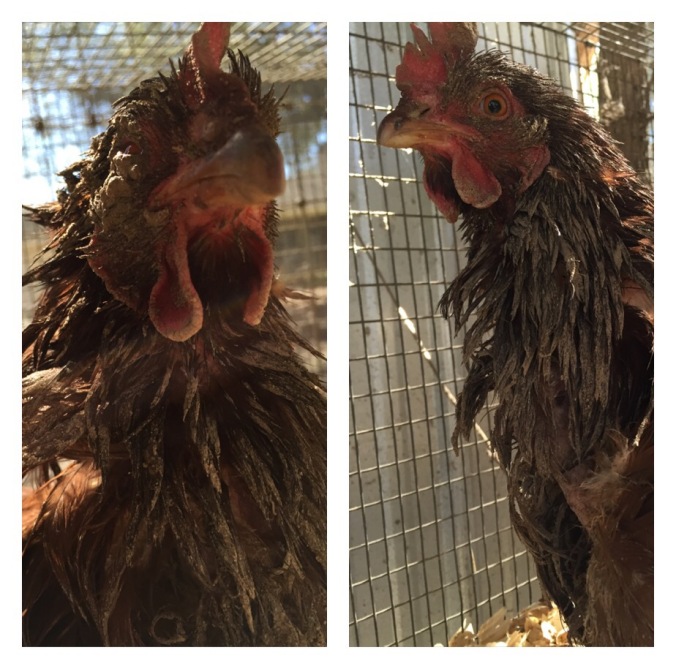 Depending on the angle you were looking at her, she kinda did.

Later on that evening Nikki and I got the mud off her face and I put her back with the others. 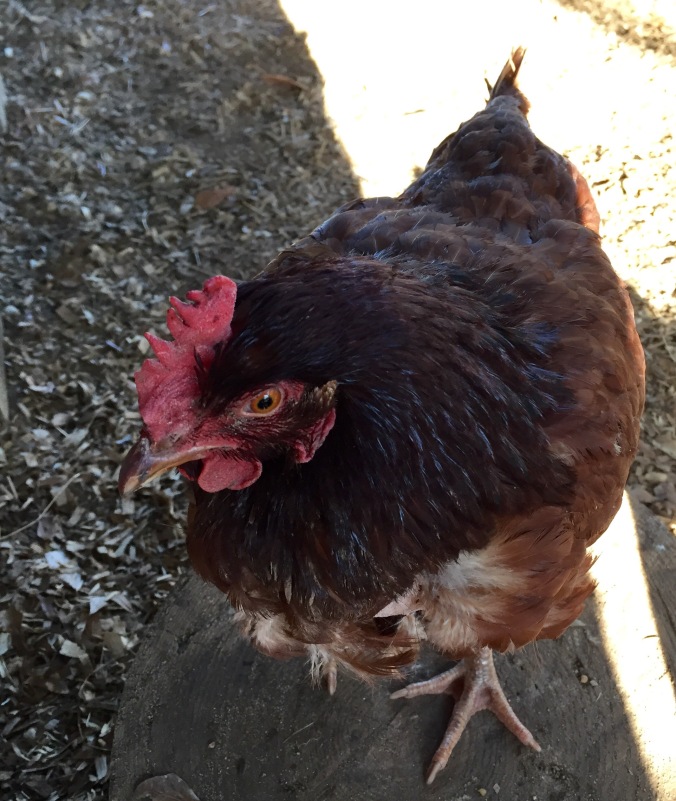 she still looked a little dazed, but she was fine.  As a matter of fact, the last time I looked,

she was thinking about going back to work.  Bless her heart!