Not last night but the night before, Joel and I stopped for the night in Chatanooga, Tennessee on our way to Wears Valley.  Since Piper is traveling with us, we needed to book a pet friendly hotel.  Sometimes it’s easier to go with what you know, so we went with one we had stayed in two years ago; 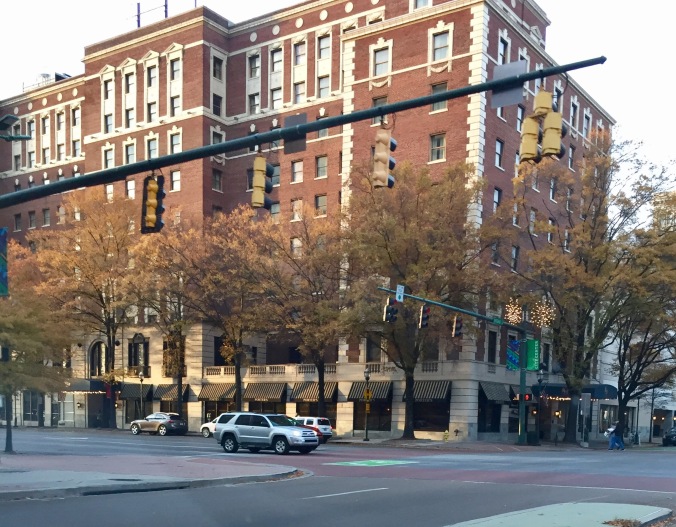 the Read House Hotel in the downtown area.

The Read House boasts of such guests as Ronald Reagon, Gary Cooper, Winston Churchill and Al Capone.  Al, was put up there during his federal trial.  He stayed in room 311, three doors down and across the hall from where we stayed on Friday night.

The thing the Read House is most known for is the haunting of room 311.  Legend has it that a prostitute named Annalisa Netherly resided in that room for an extended time during the 1920’s and 30’s. She not only lived there, but she also died there…in room 311. Some say she was murdered, and some say that she took her own life.

Many employees and guests claim to have witnessed paranormal activity in room 311. The room is available only to guests who request it, AND it’s more expensive than other rooms.

Friday night, there were guests in room 311.  I have no clue how their night went.  I have no clue whether Annalisa Netherly noticed that she had company.  I just hope, for their sake, that they weren’t disappointed.

One thought on “Hope they weren’t disappointed”