This morning Nikki had to be gone for several hours to some sort of thing,

and Josh had some planting to do in his daylily bed, so we watched the boys. 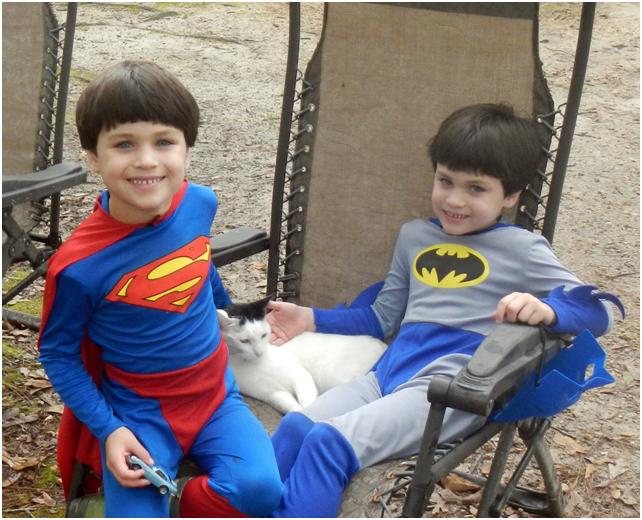 They came over in their super hero costumes which, by now, 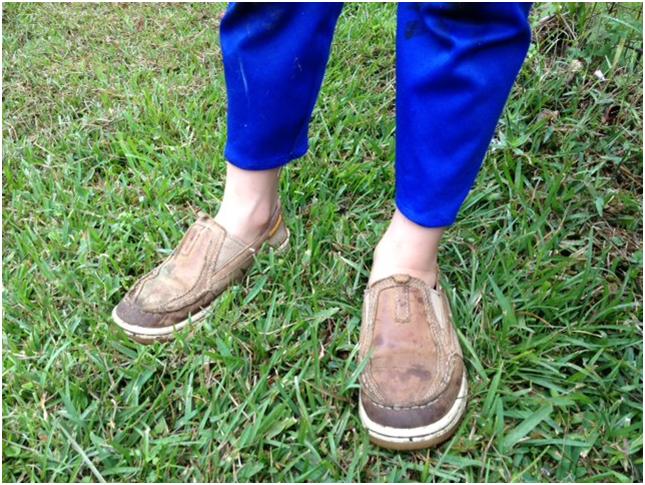 had gotten a little short. Of course they wanted us to take them to the store on the golf cart, which we did.

Denton found what he wanted right away…

but not Hudson. However he did have a wealth of information about the products.

“You see this stuff?”, he said. “It will cause you to grow tall and make your legs really, really skinny.” At that point, I went back to the cart. 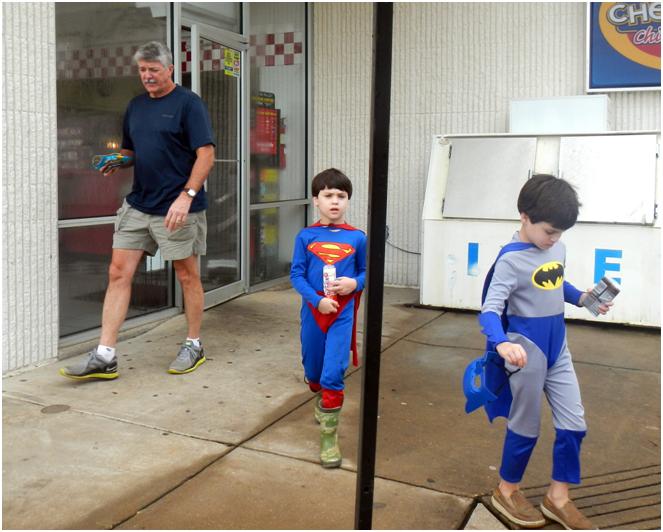 Before long, Hudson made his decision, and they came out to join me.

where they played for a l-o-n-g time. They got pretty dirty and a little wet. At one point Denton said, 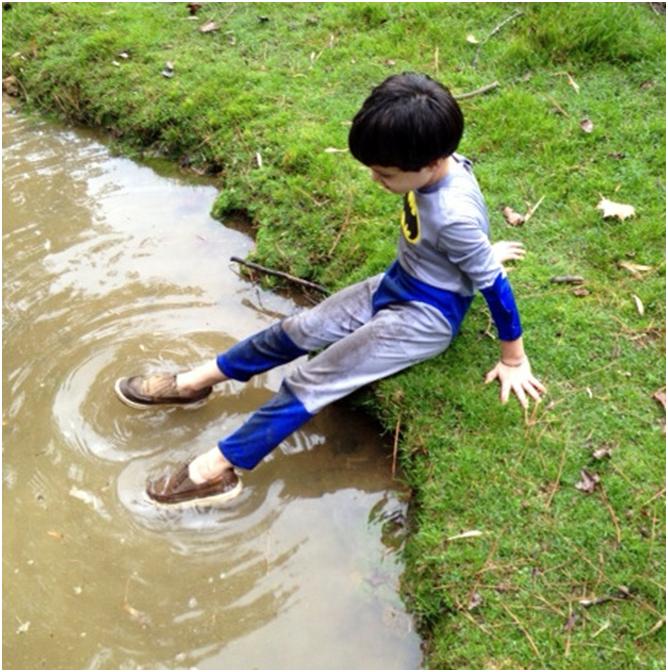 “Look, my feet are floating!” Sassafras had had just about all she could take,

so she got in a hollow log, which made Matilda very curious. The boys then decided to pretend that they were monkeys 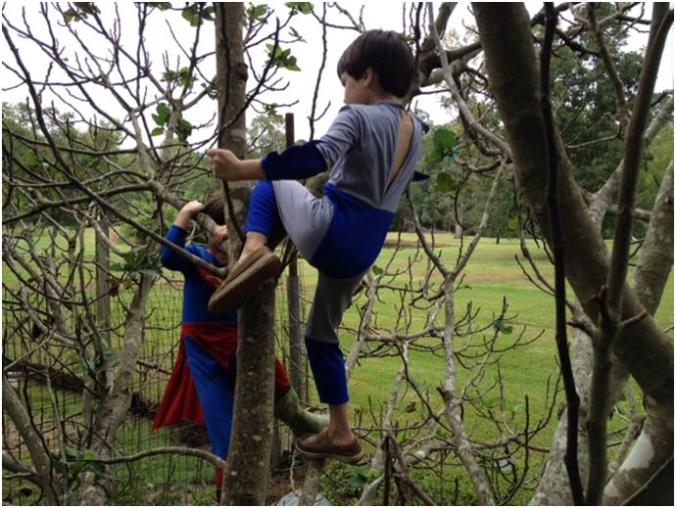 and hung around in the fig tree for a while. Then, back in the rabbit pen, 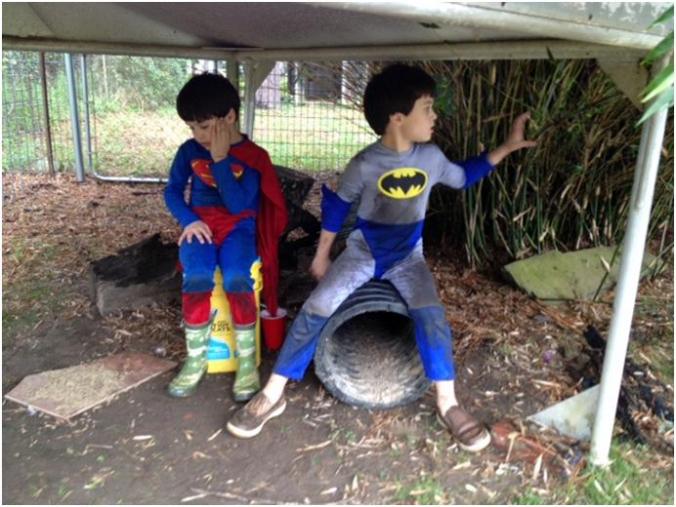 Hudson said, “Woooooooo! This has been a hot day! We need to stop and rest for a while.” BUT THEY DIDN’T.