You may recall that

this little girl from New York went to India. 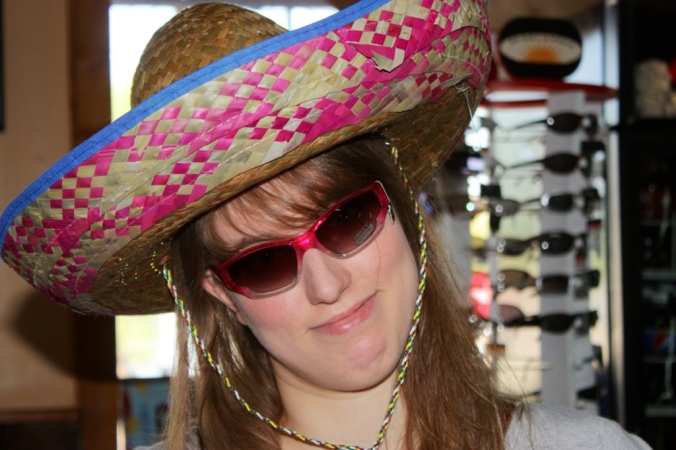 This little girl from New York stayed home…our home to be exact. And that’s a good thing. We are enjoying the heck out of her, and are trying to figure some way to hold her hostage when summer comes to an end.
Since Lyndsey has been here, so have the wild hogs. We haven’t seen them, but we’ve seen what they’ve been up to. 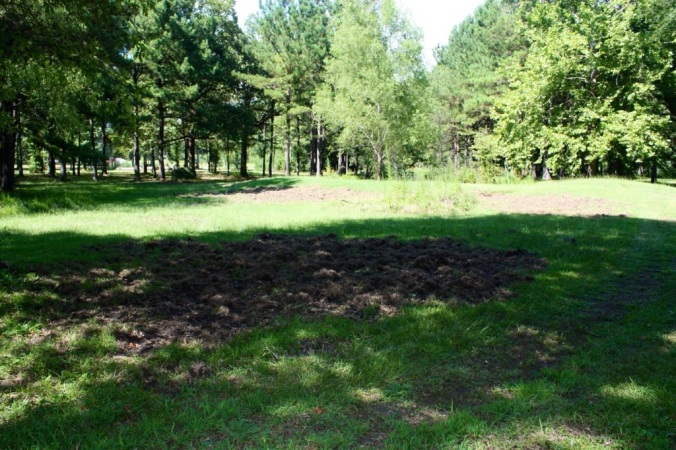 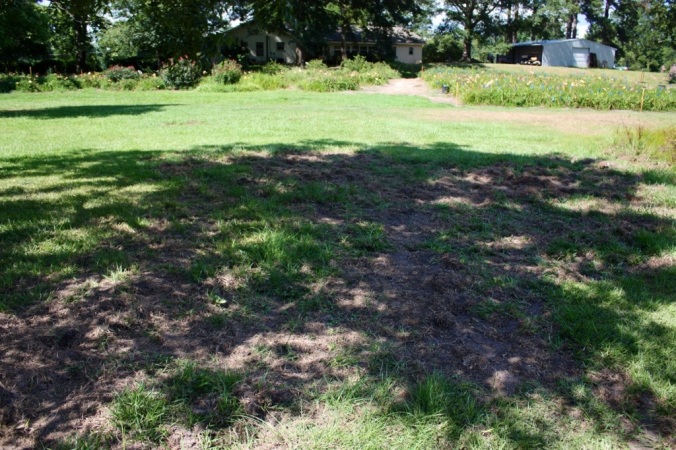 In all their rooting around, they’ve come a little too close to the day lilies.
That girl from New York REALLY wants to see one of those hogs, so we’ve been going out…at night…locked and loaded.
Of course, we’ve NOT seen one hog. That’s good. Hopefully they’ve found another place to play. However, 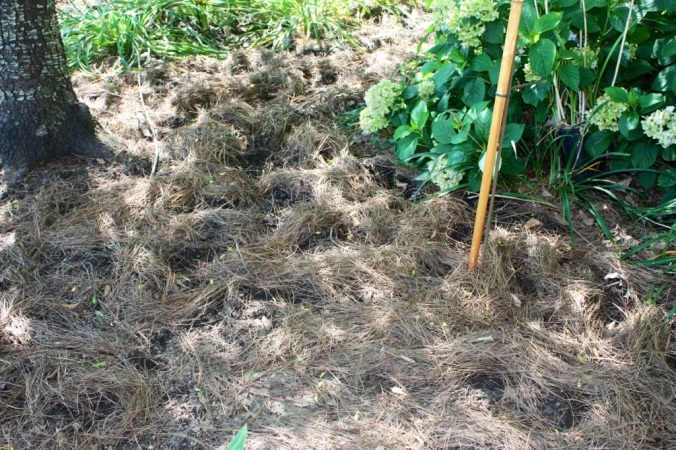 the armadillos HAVE been in the lily garden. And, last night… 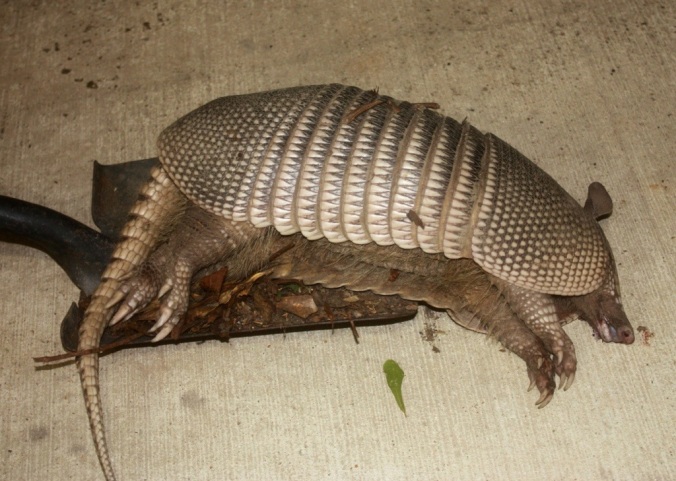 we found one of them. Bless his heart! 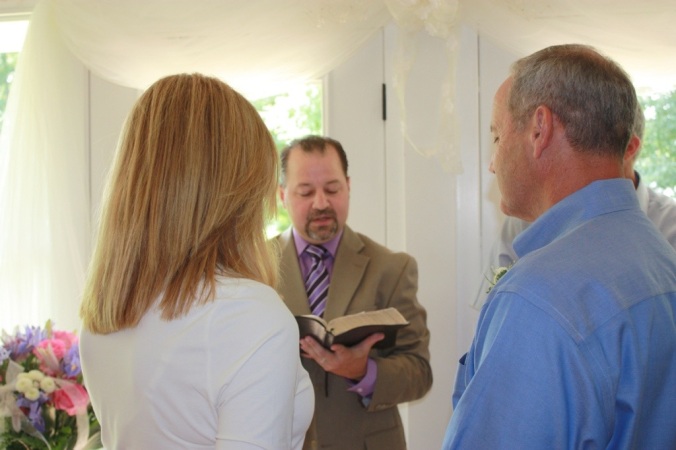 The simple, but beautiful ceremony took place in the sun room of what is now her new home.
Somehow Joel wound up 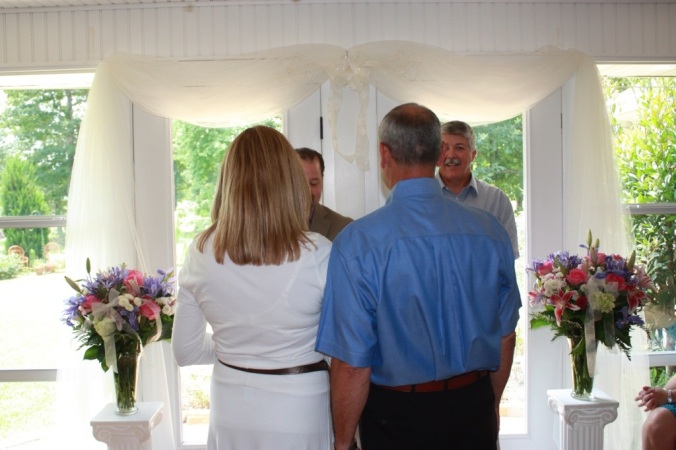 right in the middle of the thing.

He could have been keeping the preacher straight. Or…

he could have been making sure the bride and groom correctly repeated after the preacher.
Actually, it was neither one. Come to fine out, 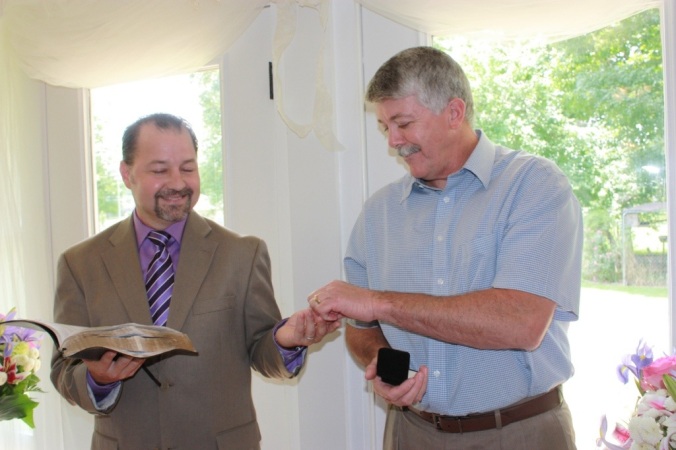 not only was he was the ring bearer…he was also

the maid of honor.

Yesterday morning I got a call 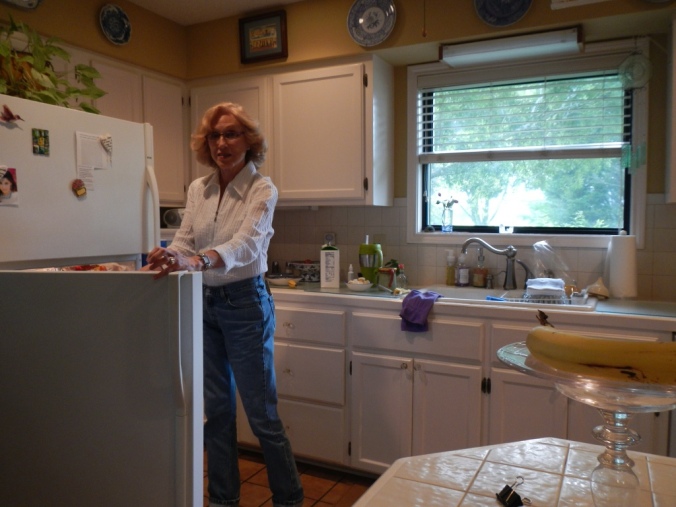 from Jane. The first thing she said was, “What are you doing?” I told her that I was keeping the grandchildren until 10:30. Then I asked, “Why?” Well, she commenced to tell me how she had shot this raccoon that was in her garden, and how it had dragged itself into 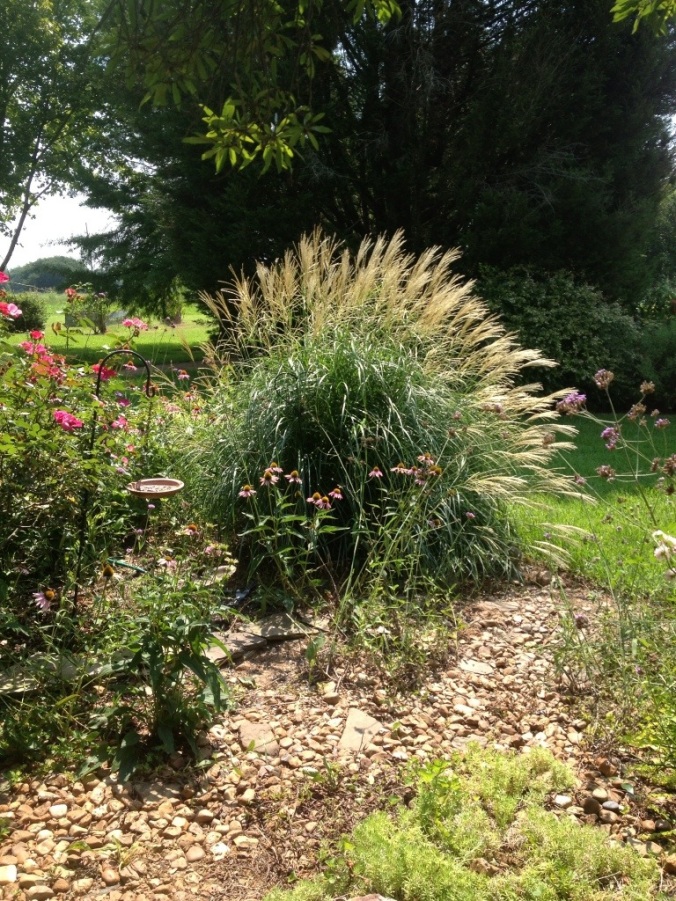 one of her ornamental grasses, and she didn’t know whether it was dead or alive. If it was still in that grass and was dead, she wanted me to dispose of the body.
I told her to get a stick and dig around to see if she could find it, and that I would be there when I could.
A little later she sent me a text, and what follows is a record of our digital conversation.

When the grandchildren went home, I went to Jane’s to find that the raccoon had in fact succumbed

while trying to exit the ornamental grass. 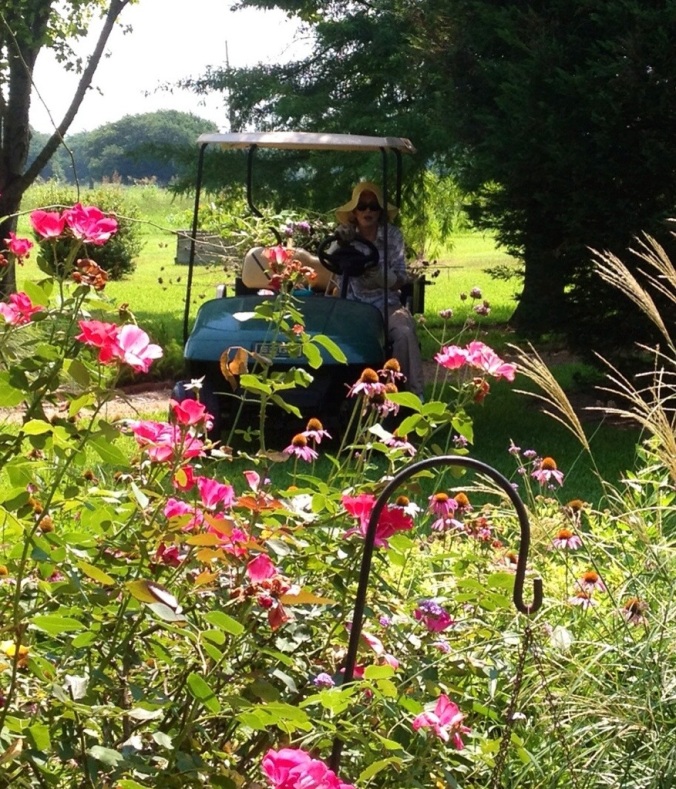 So, Jane brought me a shovel, and I put the raccoon

on the back of the golf cart turned funeral coach, which…

seemed to grick Jane out.
We rode to the place where the body was catapulted to its final resting place.
Then Jane asked, “Did you see where it was shot?” I said, “No, I’m the funeral director, not the medical examiner.”

As I look back

on my recent visit to Alaska,

its vast expanse of wilderness, 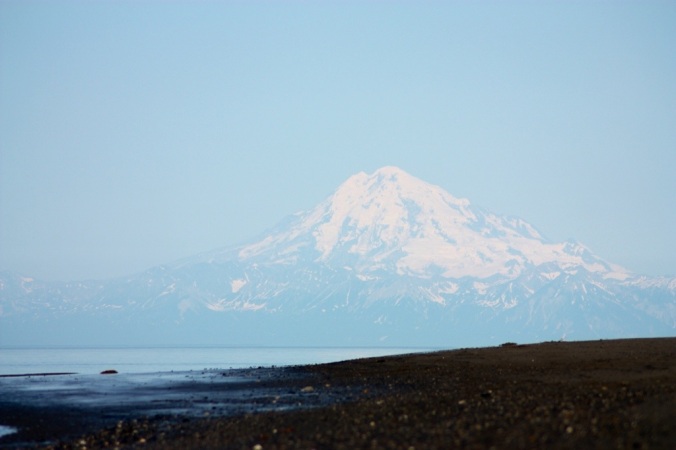 the majestic splendor of its features,

the uniqueness of its creatures, 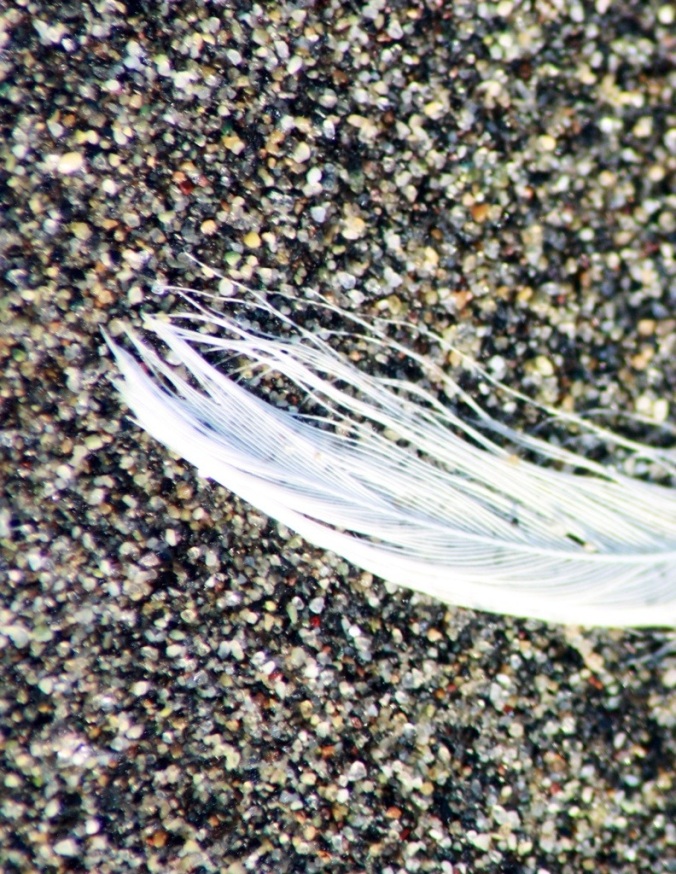 and the kaleidoscope of tiny particles of sand on its beaches, it sort of 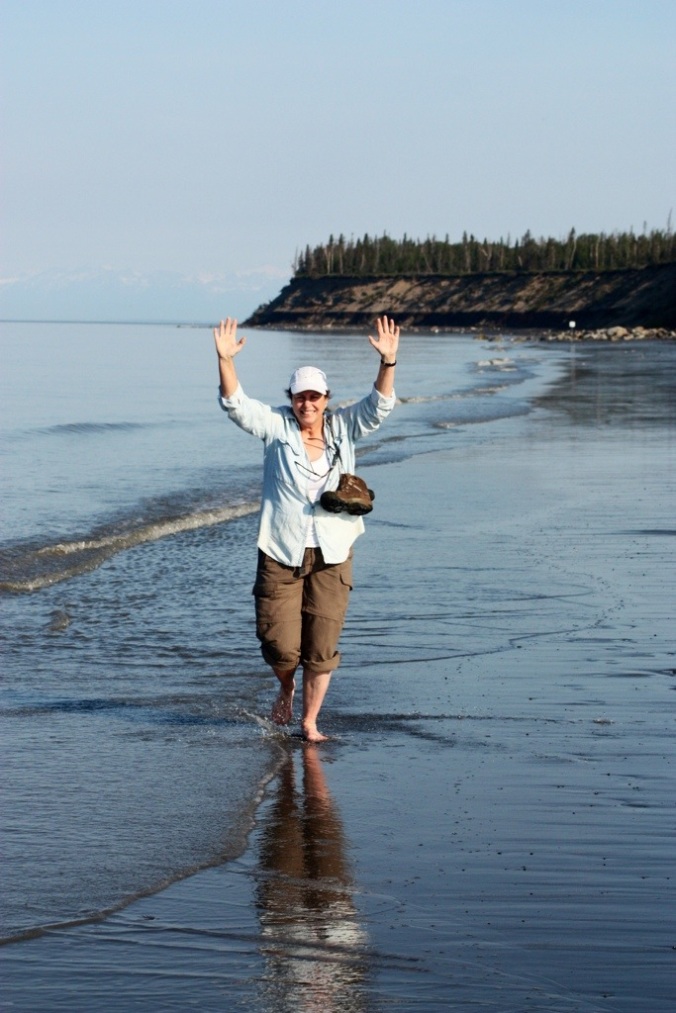 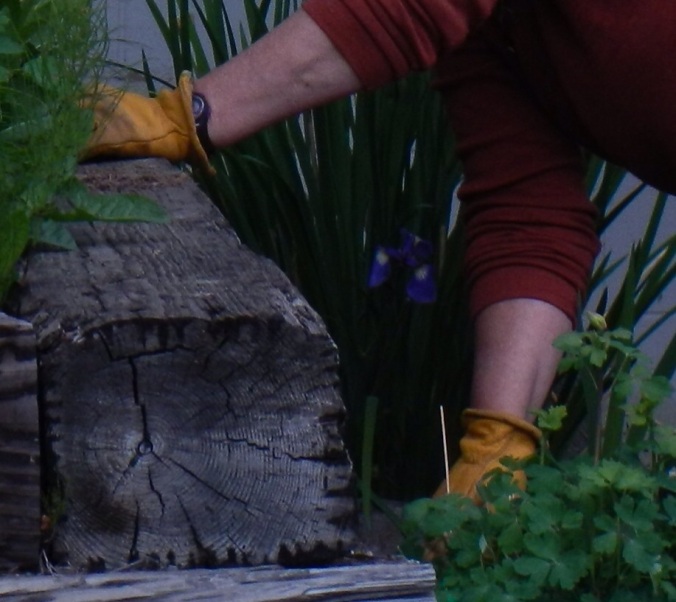 I think that’s the best buzz that ever wuzz!

As you know, Joel and I were deployed to Nikiski, Alaska to help fight the War of the Weeds. The battle, which lasted for seven short days, took place in the garden of The Grouchy Old Woman Bed and Breakfast. What follows are, from start to finish, the battlefield photos. 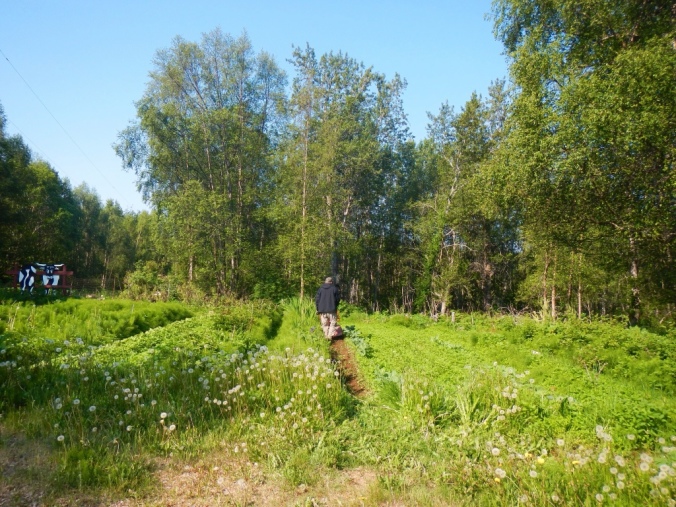 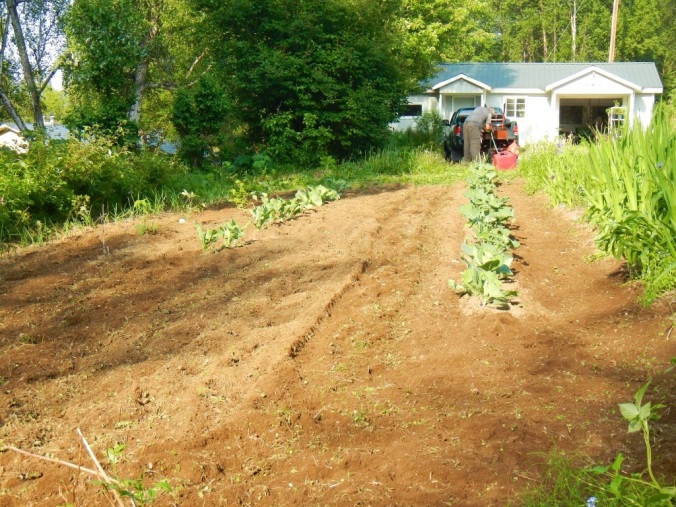 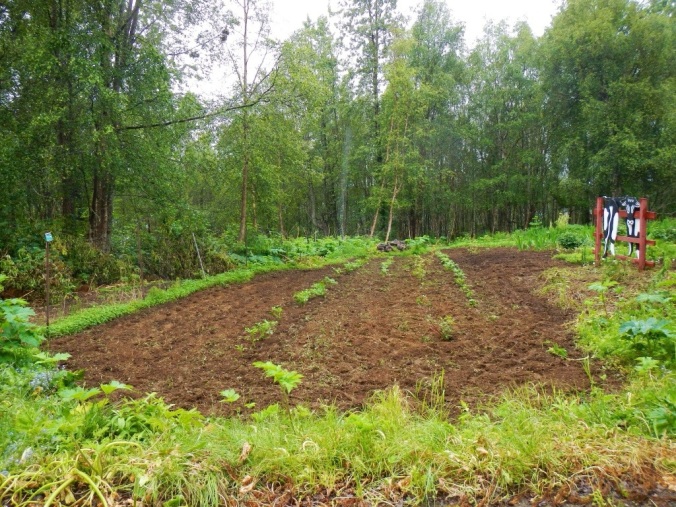 we loaded up and went to that

North Star United Methodist Church. It was always a deal to see who got into the car first…Blanche, or the mosquitos. It usually was not Blanche, but she was a pretty good mosquito sniper, yelling, “I got him”, each time she landed a kill.
When we walked into the sanctuary,

Jess greeted me with a big hug. I introduced him to Joel because Jess had not been able to be at the work day on Saturday.
As the praise team began to play,

Katrina, accompanied by Linda (her mom) lit the candles.
When the time came, the new pastor,

Janice Carlton talked about how believers are the hands and feet of Jesus on earth today.
We sung To God Be The Glory, which Blanche, of course, 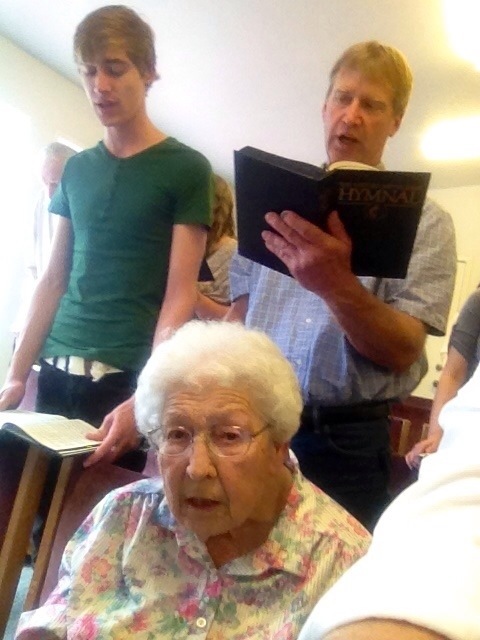 knew by heart.
At the end of the service, 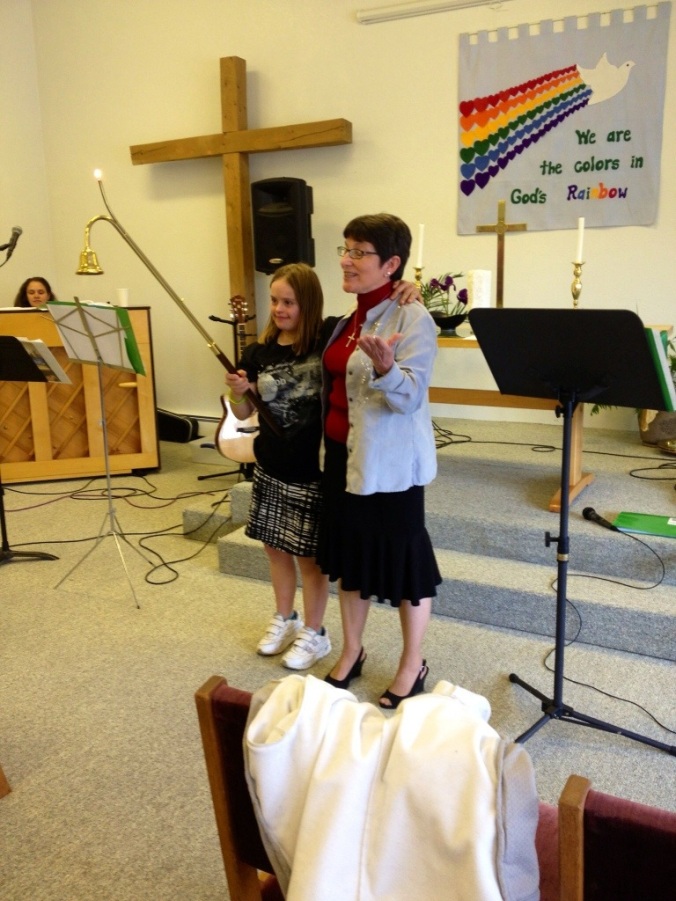 Katrina went out ahead of everyone, carrying forth the Light of Christ.
We had not been home too long when Blanche decided that she would treat us to lunch. So guess what? Out the door we went again…with Blanche hanging on for dear life.

I mean…can you blame her?

I mentioned the other day that the mosquitos are unusually bad this year in Alaska. So, when we went outside to work, we had to wear

something to cover our heads, and 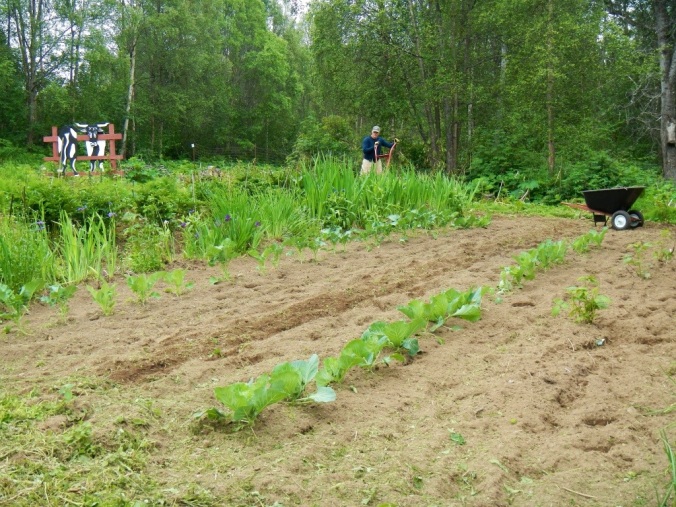 LOTS of Deep Woods Off.
Now, we went to The Moose is Loose Bakery…more than we should have…but we didn’t notice this sign to the left of the store 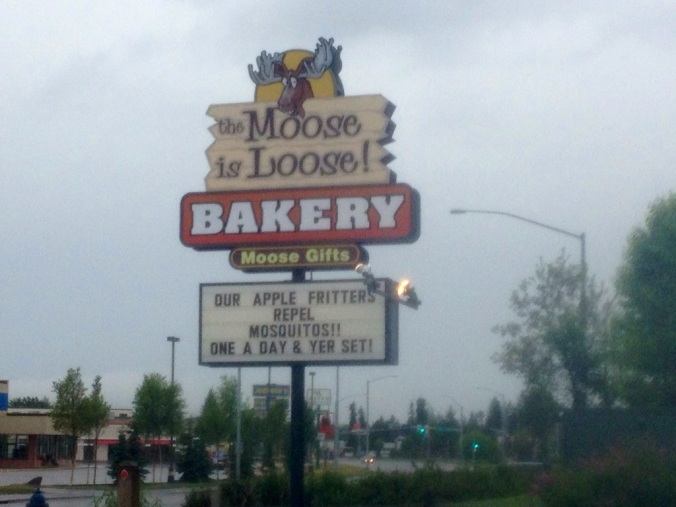 until the day before we left to come home.
Evidentially no one else paid any attention to it either, because people were in 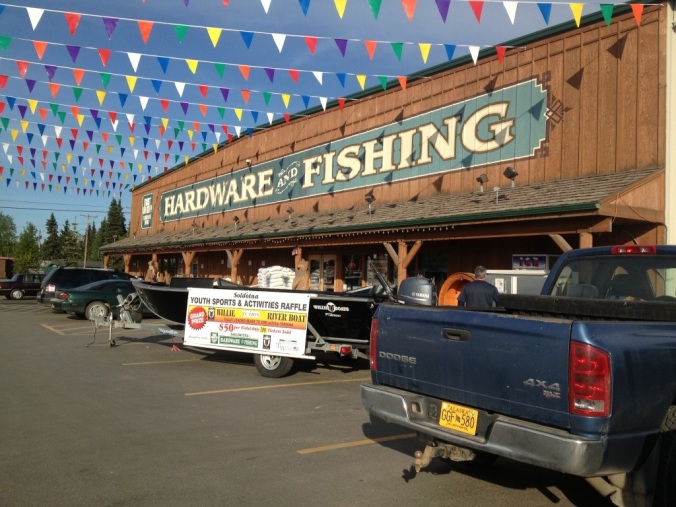 those bug zappers to beat the band. (I hope they worked and weren’t just some sort of racket.)
Anyway, we would have been eating those apple fritters, had we seen the sign. I don’t know if what that sign says is true, but it would have been a fun experiment. 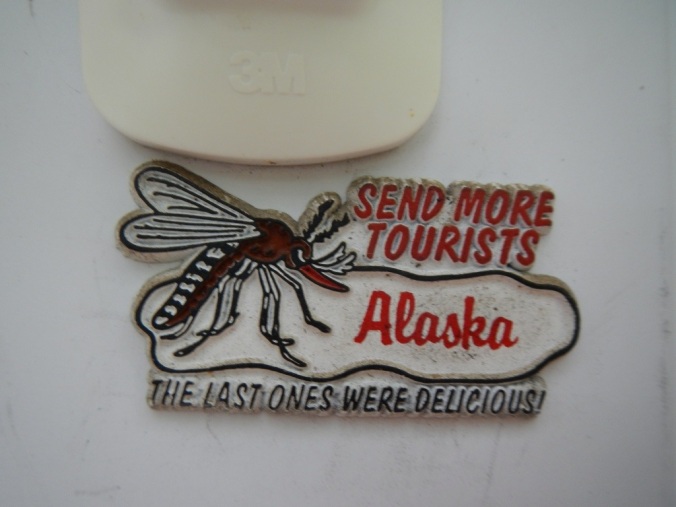