Meet our new friends…Ad and Monique. They arrived with Engeline a little after 7 p.m. on Sunday the 21st. After introductions, we shared a meal together and got better acquainted. It was fun getting to know them and catch up with Engeline. 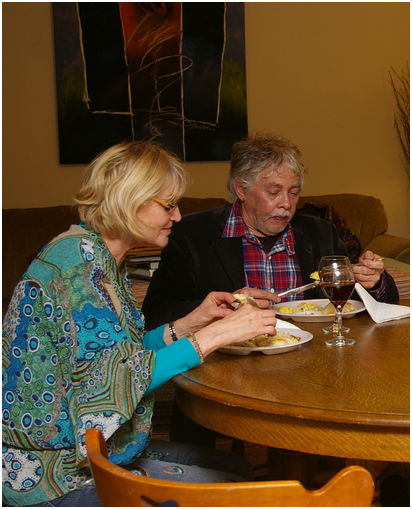 After everyone else had turned in, Engeline and I continued to visit. The next morning, 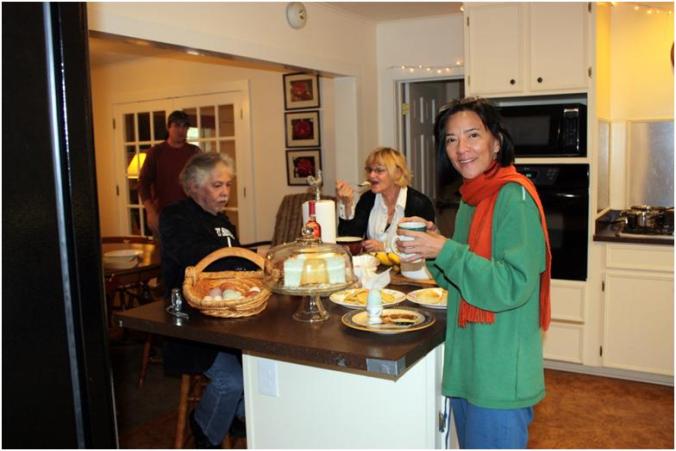 we gathered around the island for breakfast and more conversation. Then we did the 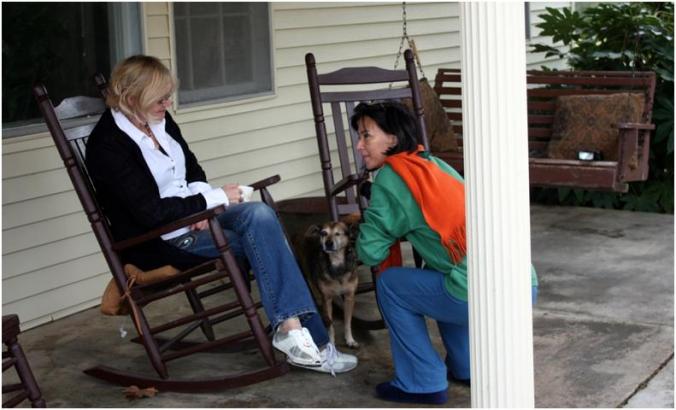 ‘southern thing’ and enjoyed visiting on the front porch for a while. At least Engeline, Monique and I did. 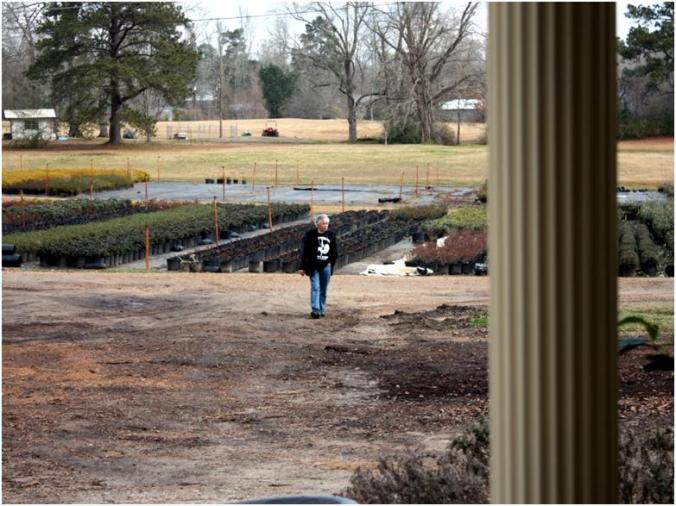 Ad, who spoke very little English, checked out the nursery. 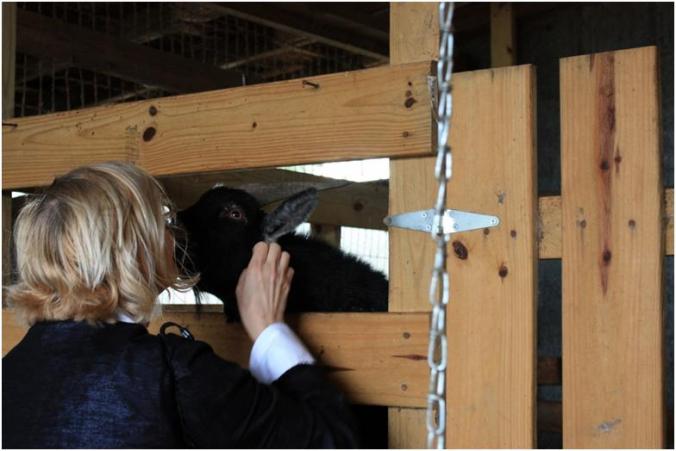 Then we went down to the barn to see the animals. After a golf cart ride and another cup of coffee, 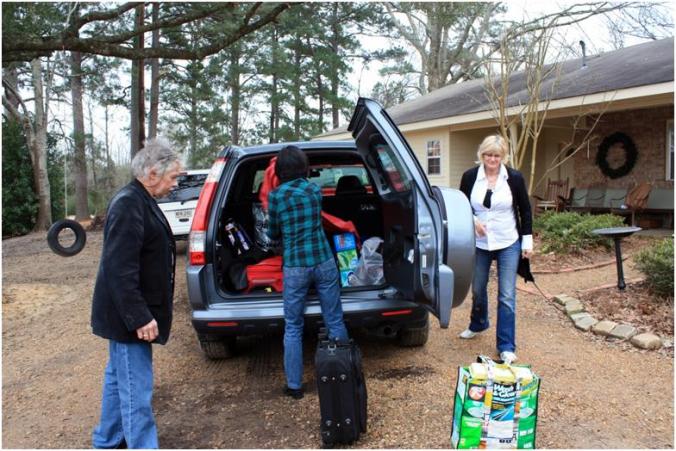 it was time for them to pack the car and head back toward Houston. 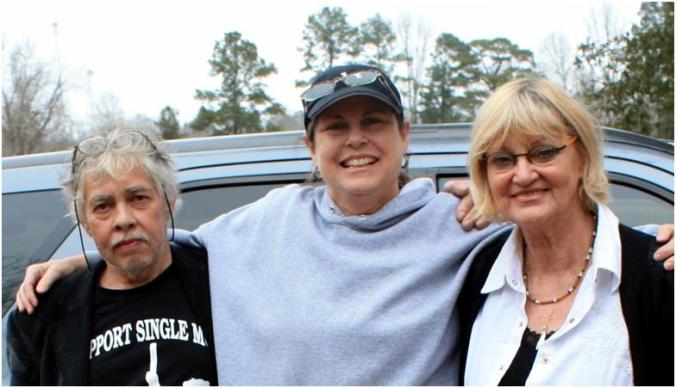 The visit was short, but such a joy. Ad and Monique have joined the ranks of the many who pass through our home; their presence here will always be remembered.

Today is the day that my two guests from the Netherlands arrive. Actually they are guests of Engeline Tan and her dad, who live in Houston. They are all staying the night here on their way back from a visit to The Big Easy. This will require three beds which are fluffed and ready. They will be staying in… 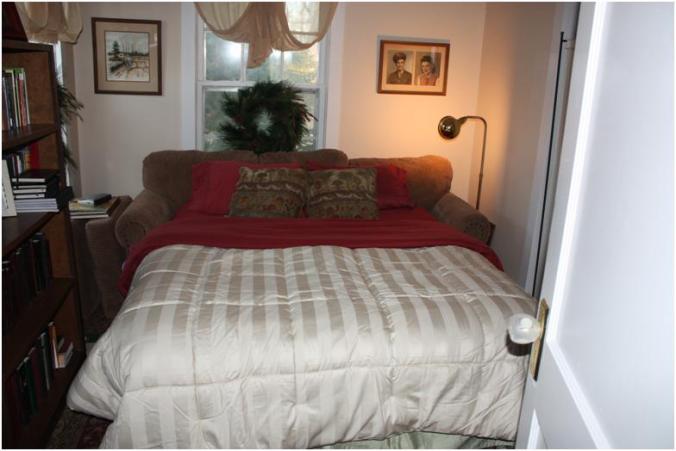 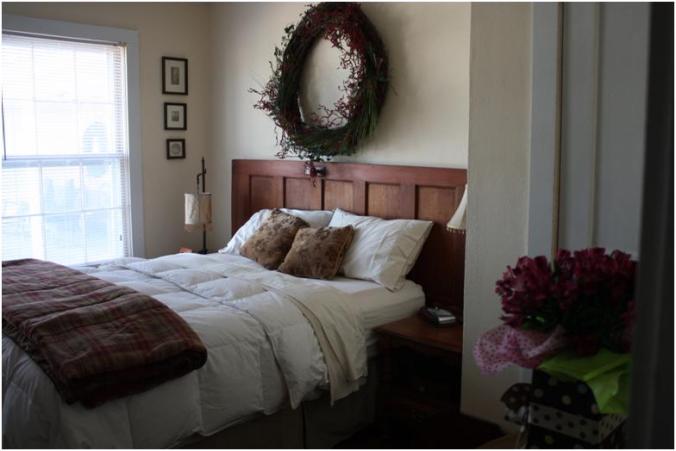 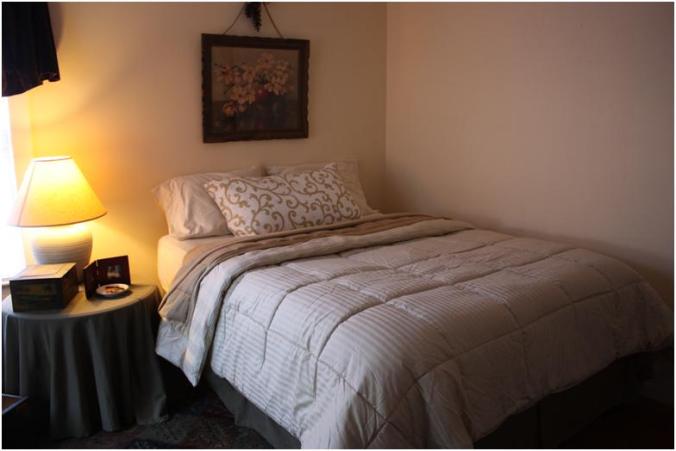 and the west room. I know this sounds like I’m describing rooms in the White House, but there is one big difference…..ours is light yellow. Anyway, I have a meal prepared and am very excited about sharing our home with them. It will be a real treat…a Dutch treat.

Every day there are new things to try and lessons to be learned…lessons that can be passed on to future generations. 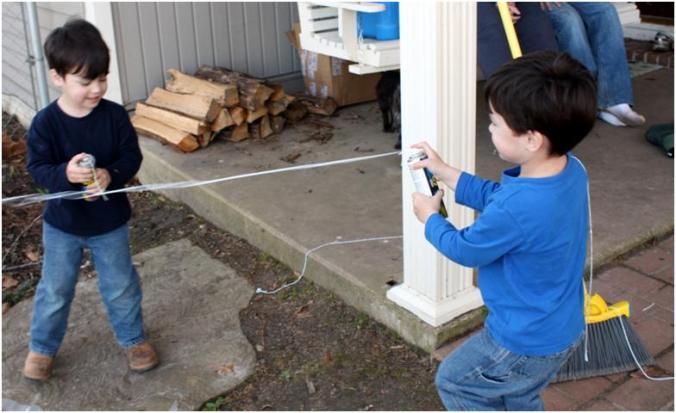 For instance, today I learned not to give silly string to a moody three year old. Sure, it may seem like a good idea at the time, 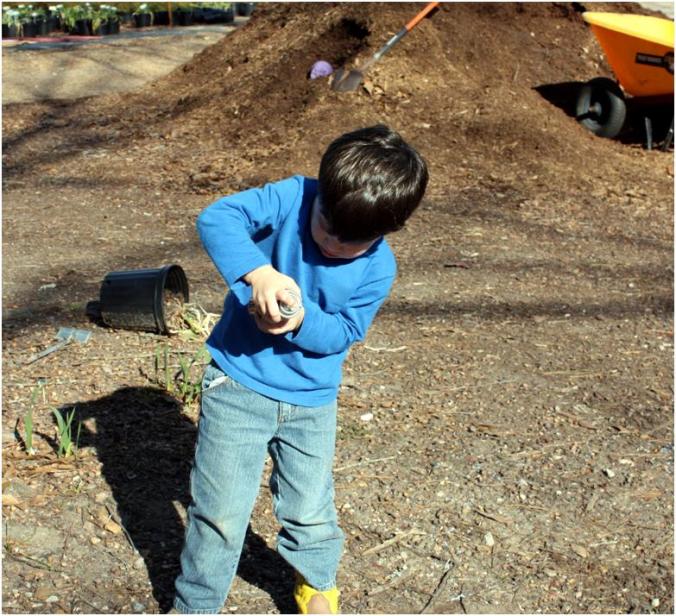 but silly string soon runs out and a three year old doesn’t understand that. 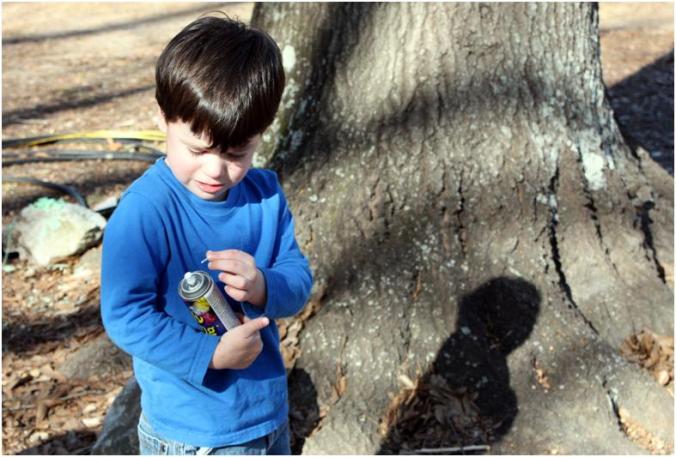 Watching one cry while trying to put the string back in the can is just about the saddest thing I’ve ever seen.

We have actually had winter this year! Normally, it only snows here about every five years, but we have had three snows in a little over one year. 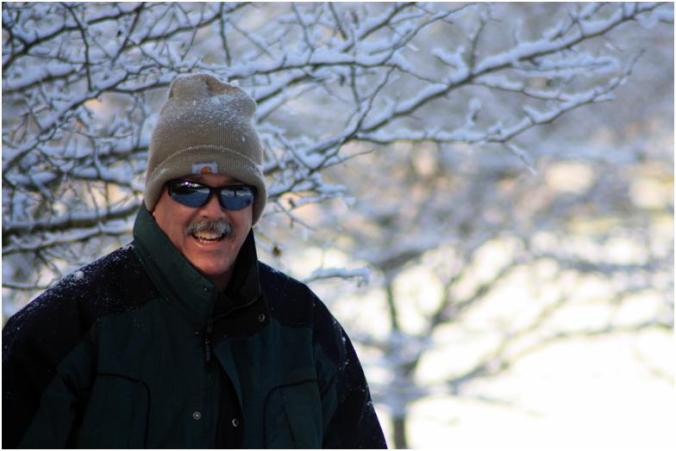 This season it snowed in November, 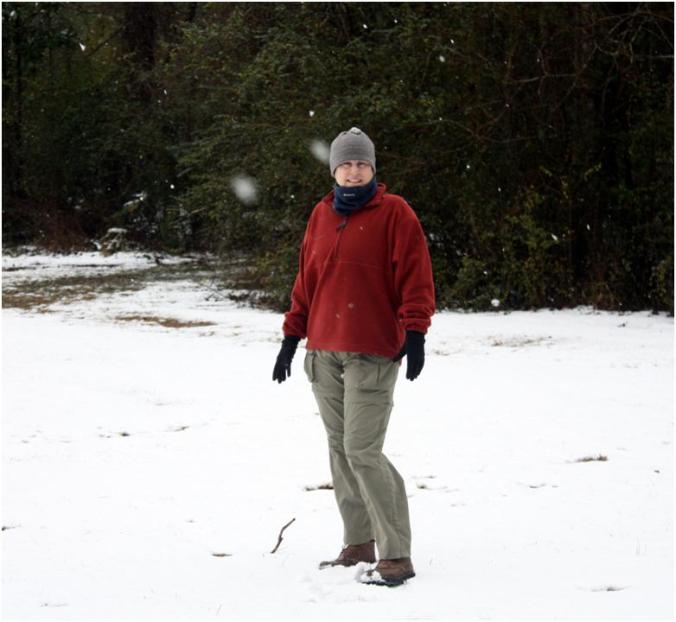 then again in February. We’ve also had a lot of really big frosts. Hudson and Denton have been very curious about “Scary Jack Frost”. (I’m not sure why they call him that.) One night when they were staying here, they asked me to sing them a song about Scary Jack Frost and Coco…our cat. So, I made up a song. They’ve learned it and we sing it together. These are the words.

Scary Jack Frost has icicles for his hair

He sneaks around at night and paints the ground all white

He dances in the trees blowing frost on limbs and leaves

Then on our window panes he writes his silly name

And hurries home before the break of dawn

How do we know? Coco told us so

When she was hunting mice she said she saw him twice

That’s how we know, Coco told us so

That’s how we know about that old Jack Frost 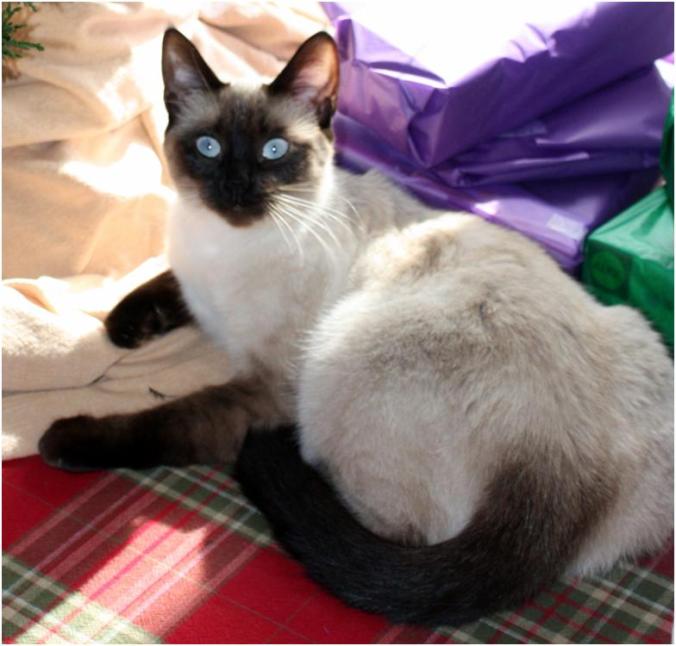 Who knows? Maybe she has seen him.

During the last week of January, Joel and I traveled back to the Great Smokey Mountains. We try to stay away from crowds and mostly just hang out in the hills. One morning we drove through Cades Cove, one of our favorite places, to the trailhead for Abrams Falls. 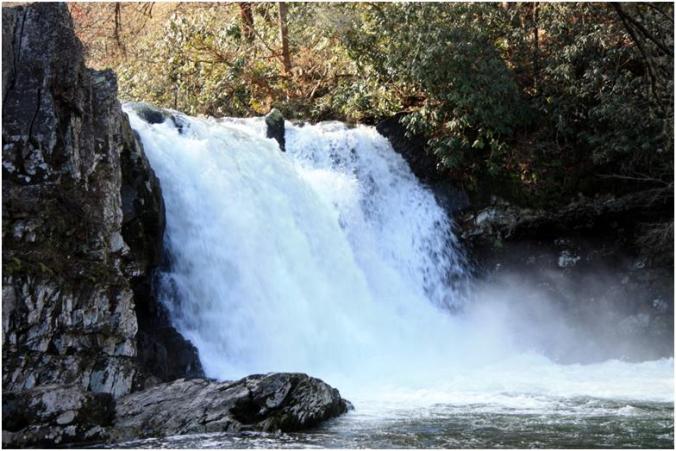 We had never walked to this particular falls and decided that it was time. A man pulled in to the parking lot at the same time we did, but we went ahead of him on the trail. Before long, he caught up with us and accompanied us to the falls. 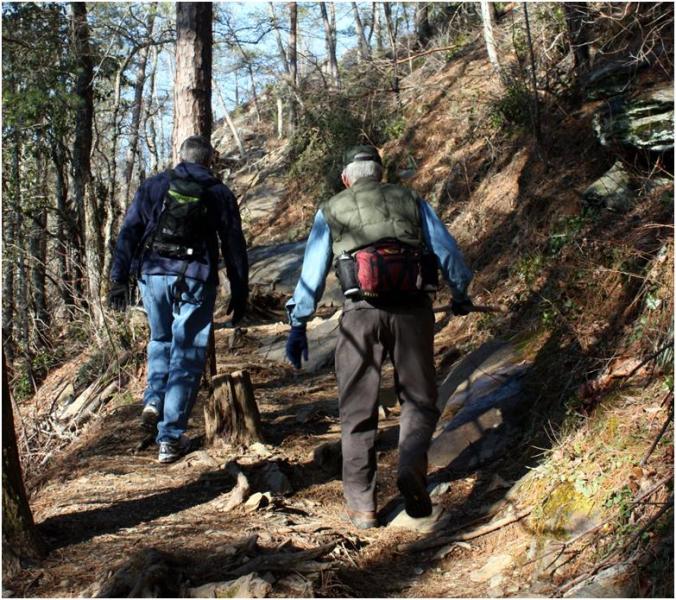 Turns out, he is a volunteer with the park service. 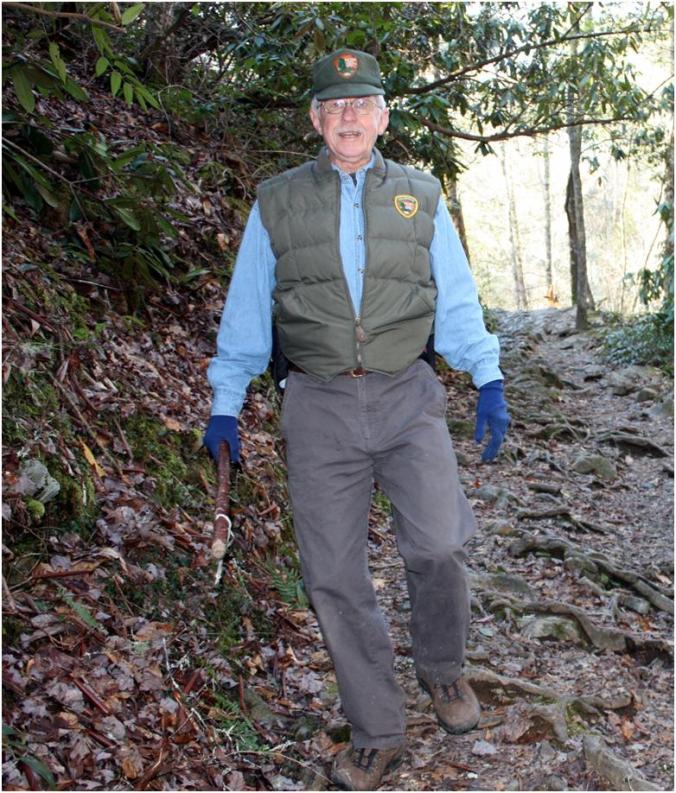 His name is Dan Lawson. He lives in Maryville and has hiked the trails in the park for forty years. We so enjoyed sharing the trail with him that day. Not only was he delightful company, he was able to answer our questions about hiking in the Smokeys. 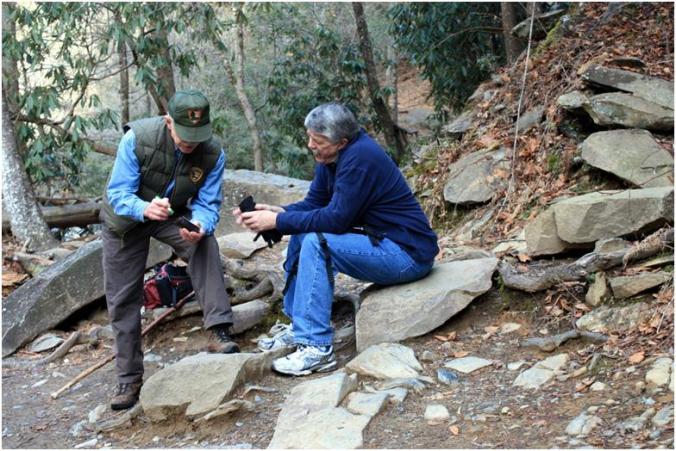 When we reached the falls, we exchanged email information. 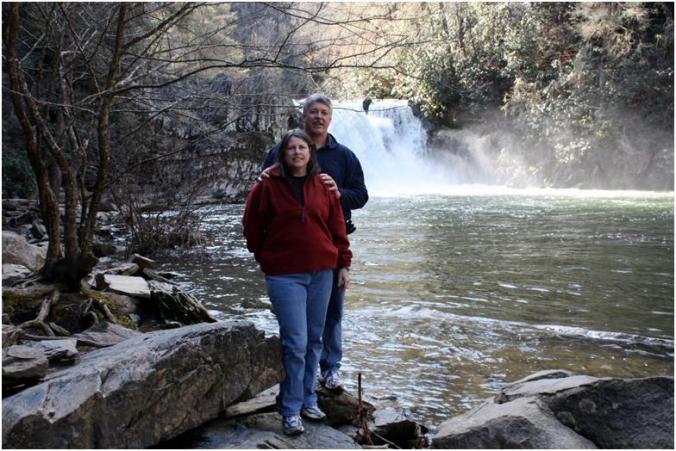 Then he took our picture and continued on his journey. He had eleven and a half more miles to go.

A year ago, Joel took my picture as I sat on the steps of a cabin in Cades Cove. 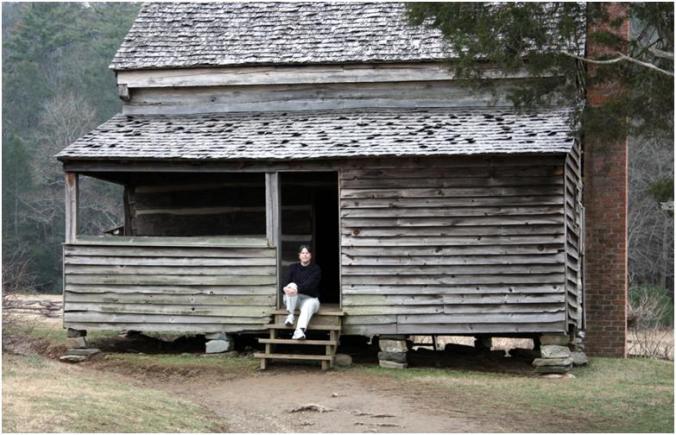 It was the Dan Lawson cabin and had belonged to the great grandfather of the Dan Lawson that shared our hike…. No matter where you go, there you are. 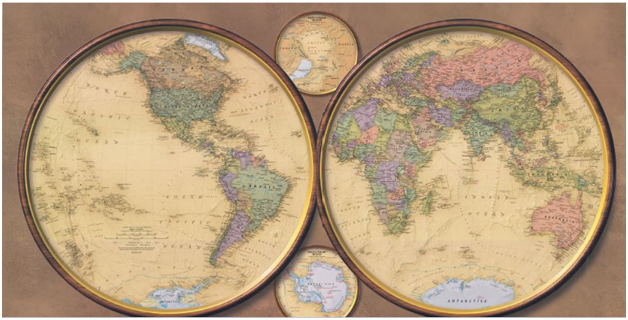 Since the end of September there has been a steady parade of nations through our home and property. The nations represented are: 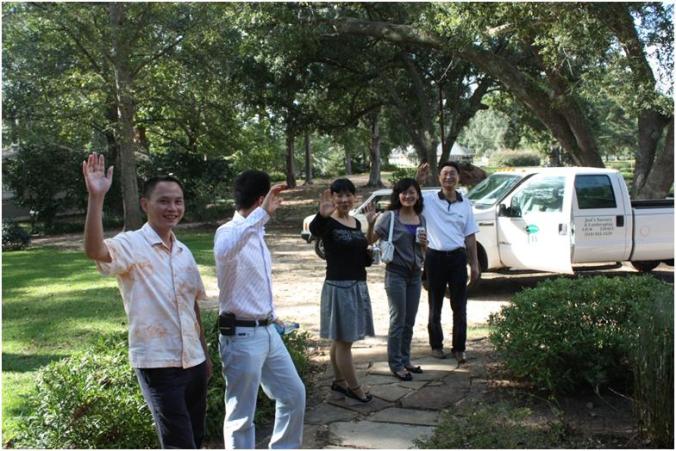 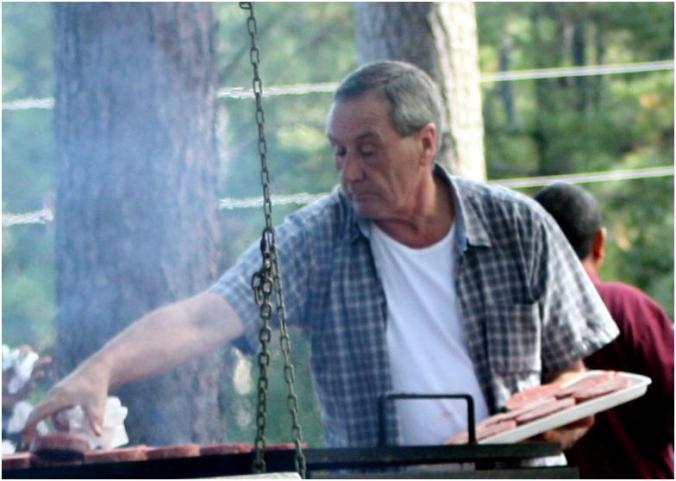 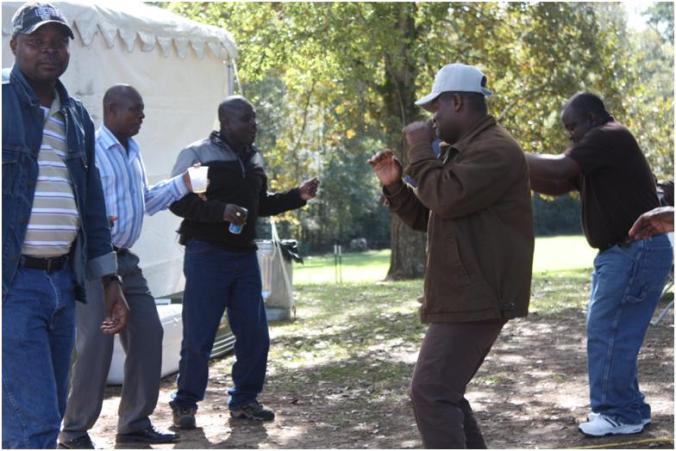 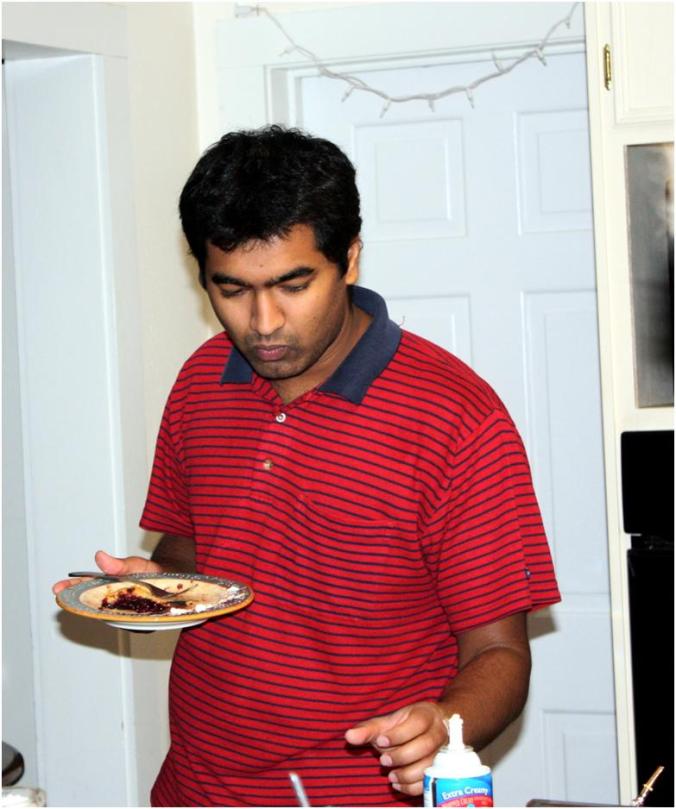 On the 21st of this month, we are expecting guests from Holland. 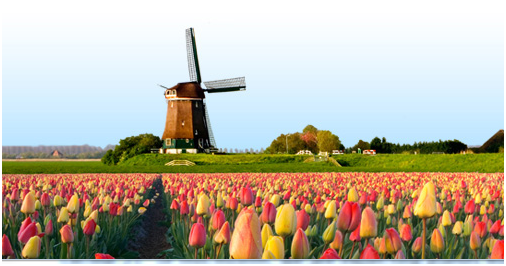 We are excited and can’t wait to share our home with them. It’s great getting to visit with folks from around the world without leaving the comfort of your own livingroom.