Here’s the deal. In early May I purchased 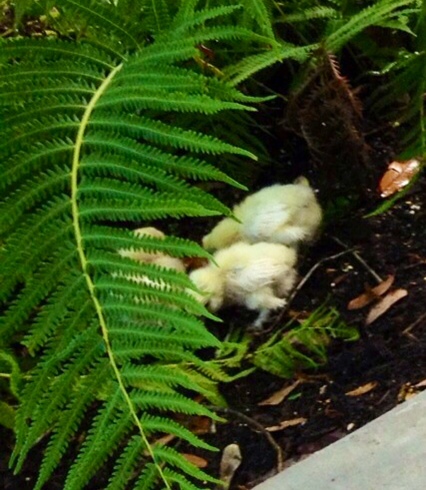 three Silkie chicks. Why three? Well, when the lady at the feed store asked, “How many”, that’s just the number I blurted out.
Since it was a straight run batch, I was hoping for three hens. Or, two hens and a rooster. But, after two months,

I still don’t have a clue what I’ve got.
With Silkies, its difficult to determine gender. You’ve got to know what to look for concerning combs, wattles and feather patterns. 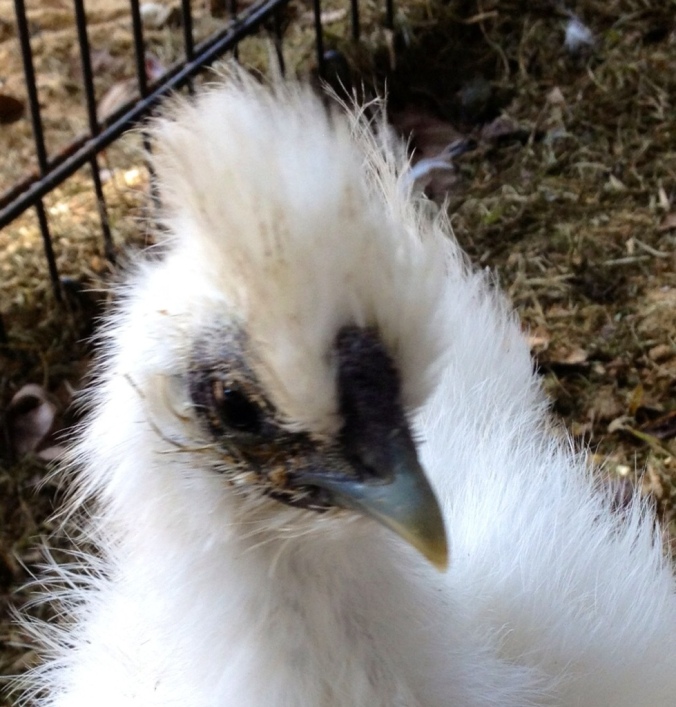 It would be nice if you could just turn them over and look for certain gender related landmarks. But, come to find out, “THOSE” are on the inside.

I’m hoping beyond all hope that among my feather footed friends, there are more hens than roosters. If there is more than one rooster, then I’ll need to separate them, or take bets from my neighbors on which one is the better fighter.

Neutering is also an option, but that might bring about a discussion very much like the one when Joel called home and asked what was going on. I said, “Well, the cat had surgery.” He said, “Susan, we don’t have a cat.” 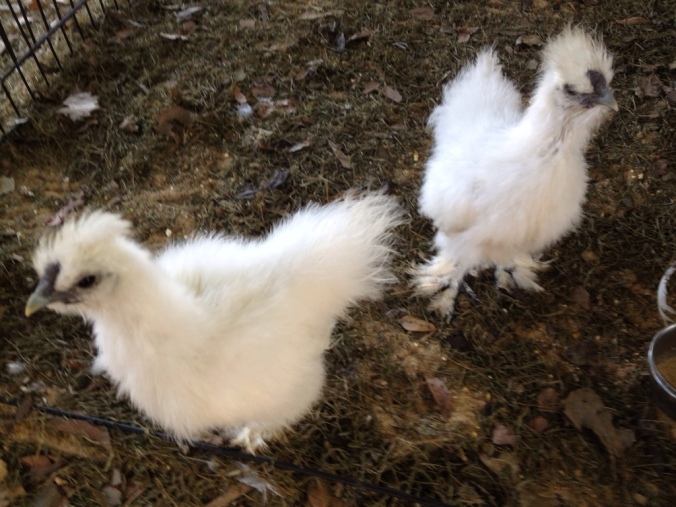 So, if it turns out that I have more than one rooster, pray about bringing one into your home as a companion. You know where to find me.