They’ve been here as long as I can remember, standing guard on either side of the driveway. I feared that someday they would have to go, but hoped that day would never come. On moonlit nights their shadows looked like huge abstract drawings in the dirt. They helped define our yard and served as somewhat of ascreen between our house and passers by. They gave shade and southern charm.

Then, on Sunday, it happened. One of them split and crashed into the other and I knew the time had come. So, Monday morning I made the call that I had been dreading. It was less painful than I thought it would be. On Tuesday, some nice men came with a lot of equipment. 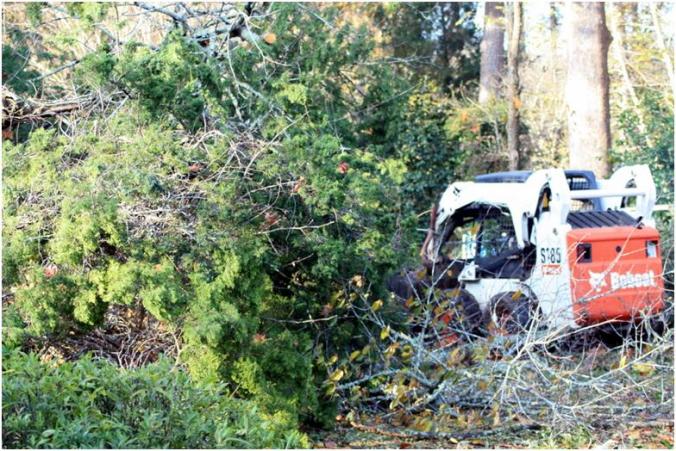 and made an even bigger mess…one that took them four days to clean up.

They did a good job. I just hope that the one that almost cut off his ear is o.k.