Forrest Gump’s mama would have said that the mountains are like a box of chocolates…you never know what you’re going to get. Yesterday, we were sitting on the porch enjoying the sunshine. Last night, when we were leaving the Firefly Cafe, it was pouring down rain. Then, we awoke morning to this.


I’m sure that my Alaska friends are not impressed,

but my daughter-in-law was beside herself.

So were my grandchildren.
As a matter of fact, it snowed all day.

Josh was very careful to protect himself from snow blindness.
Joel and I went for a couple of walks.

We headed down Finley Cane trail and toward Anthony Creek trail. 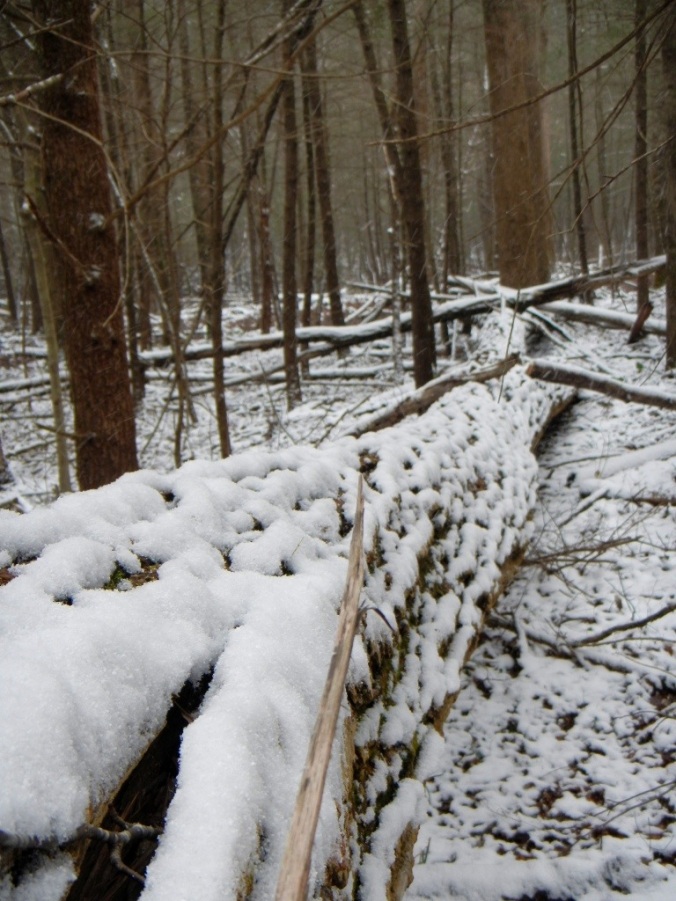 The woods were lovely, dark and deep. But we had promises to keep. We had promised to meet Josh and the gang for a drive through Cades Cove. What follows is a record of our journey. 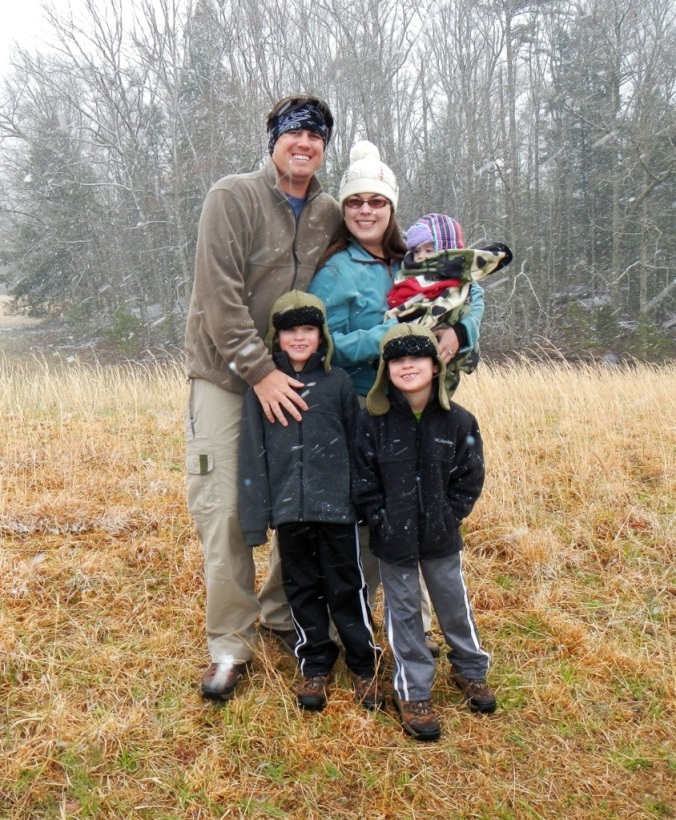 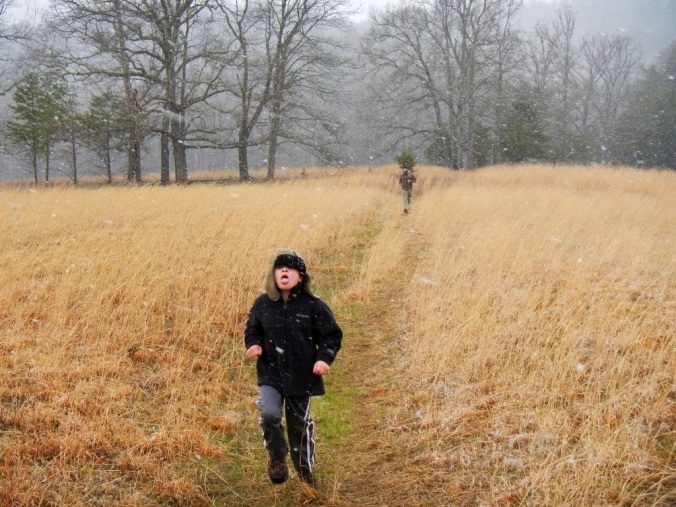 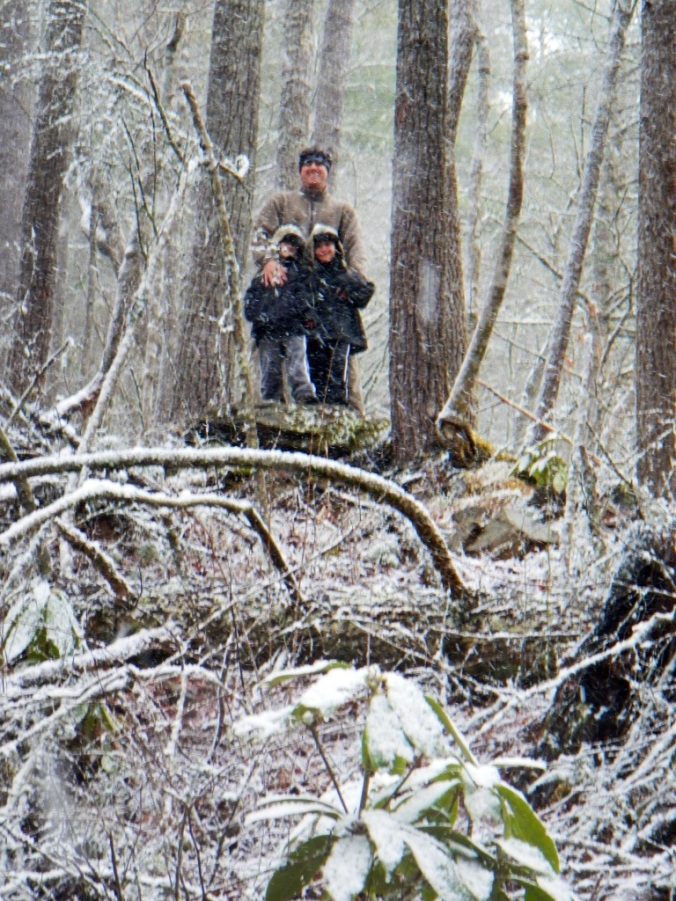 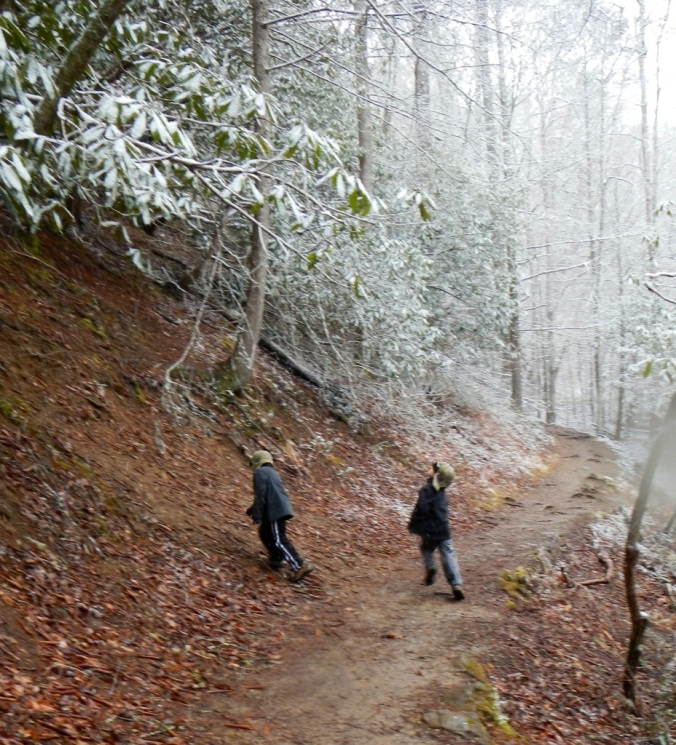 After leaving the Cove we stopped at the Townsend Wye to let the boys play by the water. When we were walking down the hill, Hudson said, “We’re going to make some new friends because there are some kids over there.” He was right. They met Nathan and Benjamin, who were their age and

were identical twins. You never know what you’re going to get. What a neat way to end a day.