Summer is slowly but surely surrendering to fall. 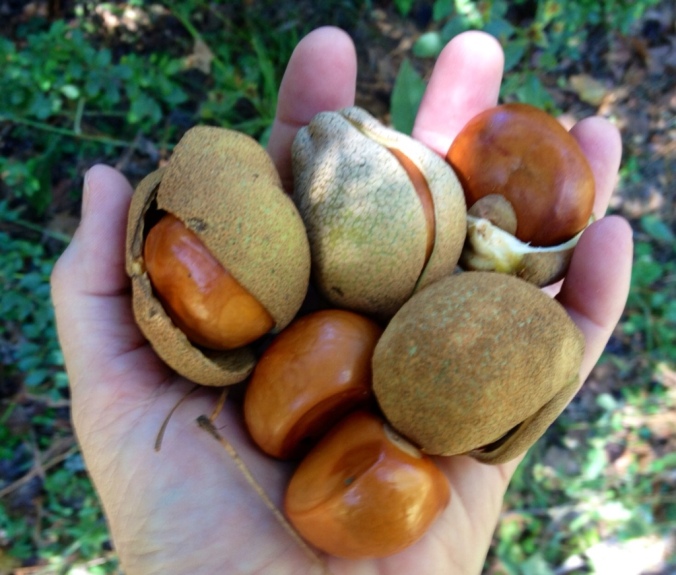 The buckeye pods are opening, so everyday I capture a few of them to make garlands for Christmas. 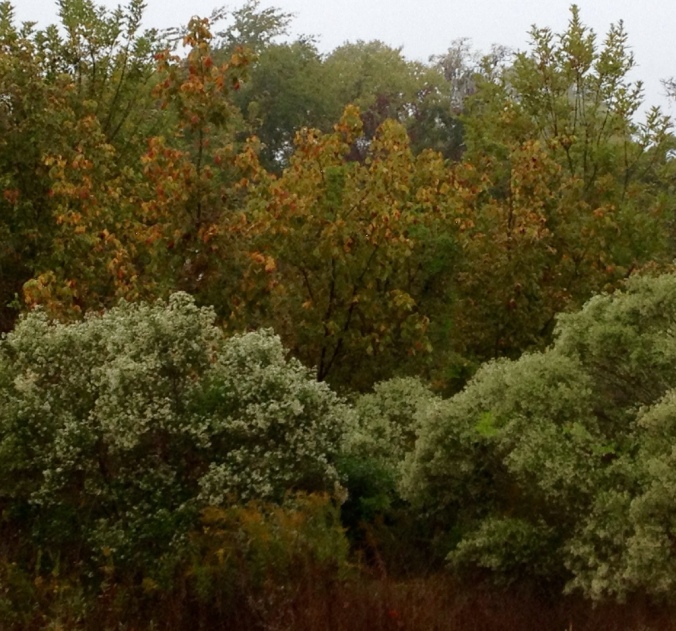 The leaves are beginning their journey from green to yellow and red. And, a few times, it has actually been cool enough to make a fire outside.
Last Friday was one of those times. The twins came over to stay the night, so we went out back, made a fire, and had a weenie roast. Then we sat around the fire and made up stories. You know, the kind where everybody contributes a sentence. That turned out to be quite interesting…not to mention funny.
Saturday morning we picked up bear claws for the boys’ breakfast, and they wanted to eat where we had had the weenie roast the night before. The coals were still hot,

so we were able to bring the fire back to life.

Before long, a piece of Denton’s bear claw broke off and landed in the dirt. Perhaps you can see it by the chair.
He said, “That’s alright. I’ll just leave it for the wild pigs to eat, and it will kill them.”
Hudson said, “Those pigs are God’s creatures. You mean to tell me that you want to kill one of God’s creatures?”
Then Denton answered, “Hudson, bear claws won’t kill pigs. Only chocolate will. That’s what Mommy says.”
I thought I would share that…just in case you’re having a pig problem.

2 thoughts on “Just in case”