Joel arrived with our Chinese friends around 9:30 this morning.

He brought four men and two women – Thomas, Charlie, Eric, Lee, Lily and Joyce. Joyce and Thomas had come with others in September and cooked. The group quickly made themselves at home. Thomas seemed very happy to see the woks that we had purchased. 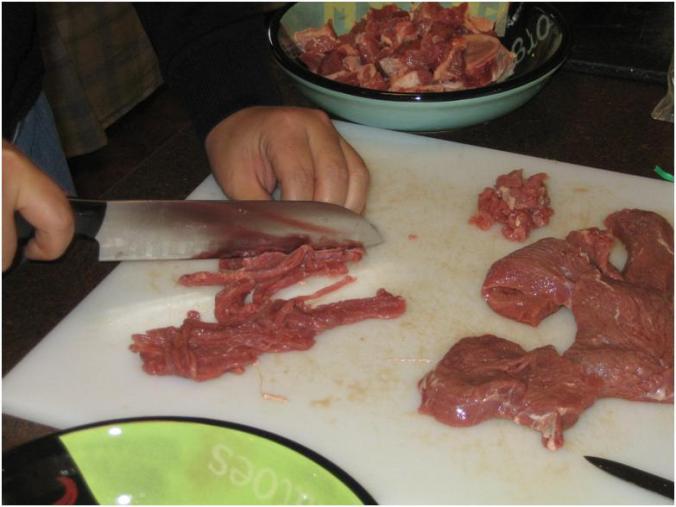 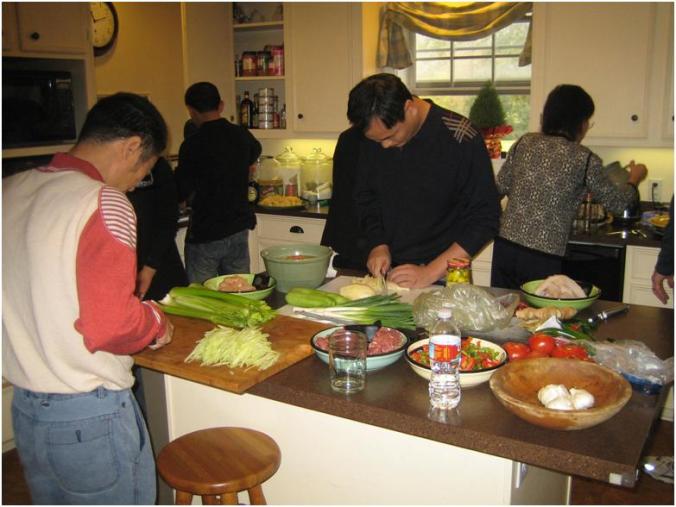 and they even cut stuff up.

Nikki and Josh came over with the boys. Hudson was in a very friendly mood and played with Lily.

But Denton, on the other hand, well that was a different story.

At least he didn’t throw a fit. 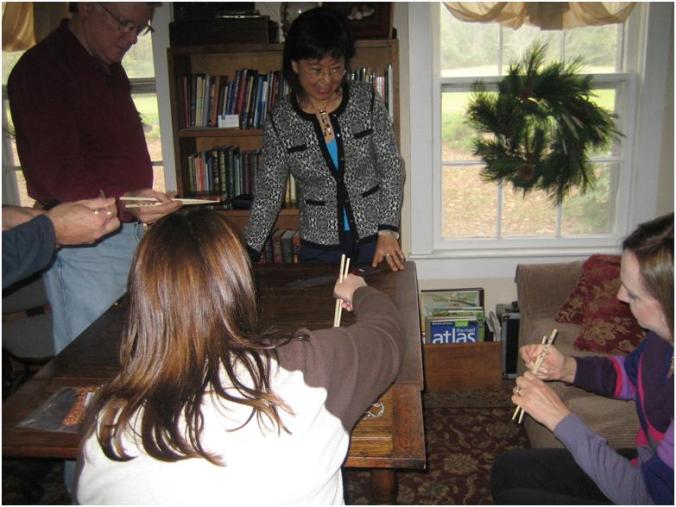 Robert and Karen came, and shortly after their arrival Lily conducted a school on using chopsticks. 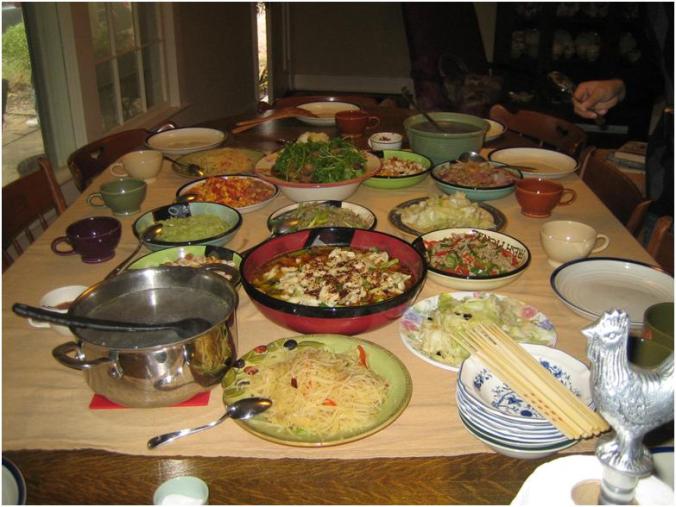 Soon the food was brought to the table.

And just so you’ll know, Joel was only posing with those chopsticks.