Saturday afternoon after we took the boys to Leebo’s (where Hudson shared our family business with the clerk) I took them for a walk out back.  This time we weren’t secret agents, we were ninjas. 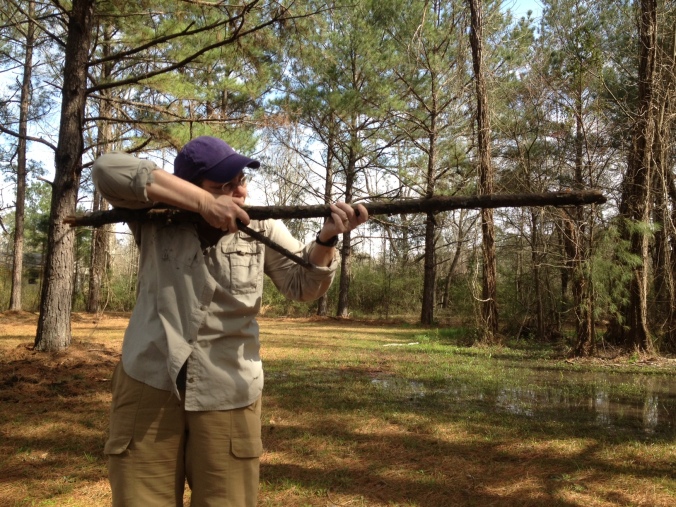 Denton and I carried guns, (which I thought was unninjalike) but Hudson did not carry one.  He announced that the one without a gun was the leader.  And, he said he was sorry, but those were the rules of the game. We were searching for the enemy’s castle lair…or at least that’s what Hudson said. Our search took us down trails,

to the creek bank, 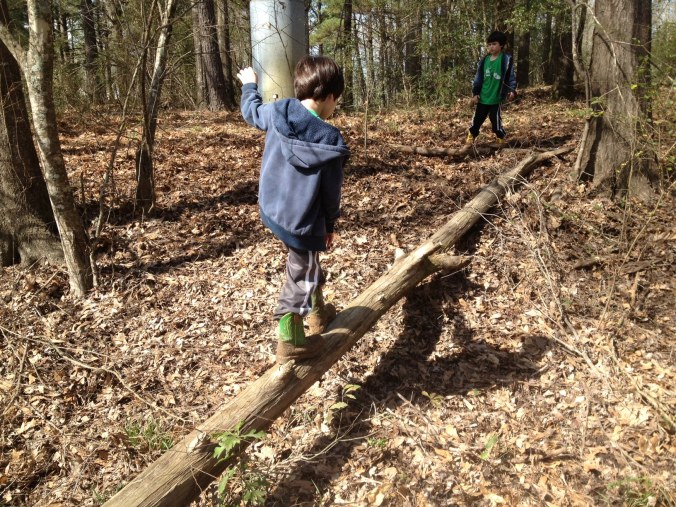 across logs and finally

to this piece of railroad wreckage where they accused whoever was behind there of killing the Ninja Queen. After that line of business was dealt with, we were no longer ninjas…just that quick.

They headed down a moss covered path where they discovered a coyote carcass, and before I realized what was happening,

they were carrying around about half of it.  I made them put it down and told them that we had to go back home to wash their hands.  But on the way, 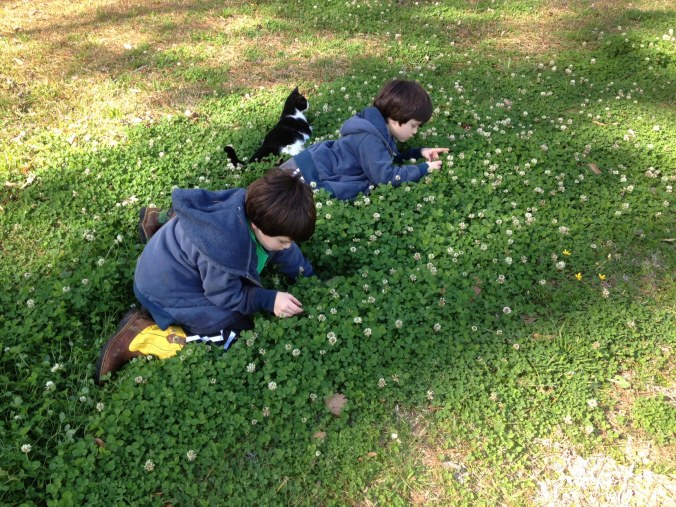 they couldn’t resist stopping for a moment to look for four leaf clovers. They went from ninjas to naturalists – just that quick.

2 thoughts on “From ninjas to naturalists”