Yesterday evening, the boys came over while the rest of their bunch went to a friend’s house to drink coffee.  When they first got here, they played with 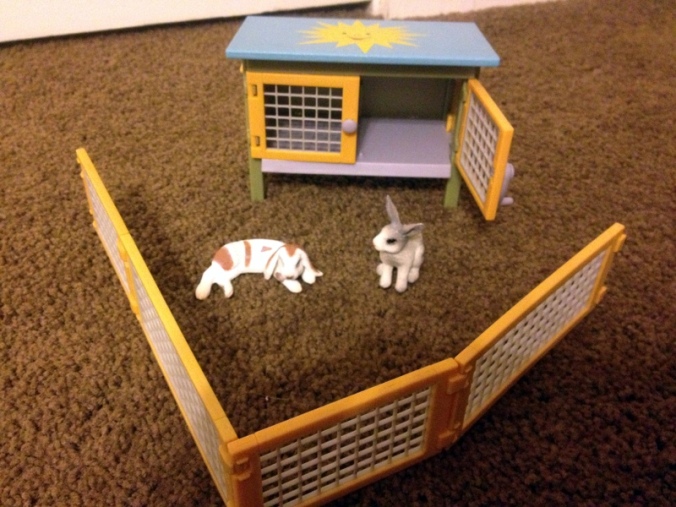 these little plastic rabbits.  After a discussion, they decided that one of the rabbits needed to be locked in the little cage because she was going to have babies.  Then I heard Hudson say, “Isn’t nature wonderful?”

They had been here about thirty minutes when we decided to go look at Phil and Kay (the pigeons).  After that, we were headed to check the wild hog snares, but never made it. We got sidetracked by looking for four leaf clovers and taking fresh clover to the rabbit. Then we went on a short hike through the woods while they looked for clues…for what, I didn’t have a clue.  I just did what they told me.  After we came out of the woods, we became secret agents.  Hudson was Agent Green, Denton was Agent Blue, and I, of course, was Agent Pink.  We hid behind trees and layed in the grass so as not to be detected by the bad agents, which I never saw.  But, again, I did what I was told.  We came across one of those Bic lighters that must have fallen off one of the golf carts.  Agent Blue handed it to me and wanted me to see if it still worked.  It did. So, what else could Agent Pink do but set fire to a pile of straw. 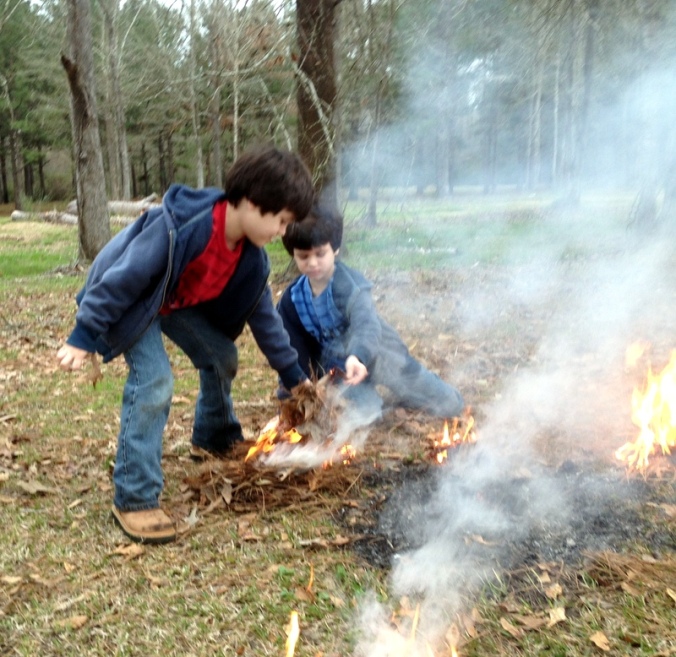 and before long we had several little fires going.  Then their mother called to tell me that they were back and to send the boys home.  That didn’t set well with them because playing with fire is just too much fun. But, I told them that we had to do what their mother said.  Then they asked, “How are we going to put these fires out?”  Being the quick thinker that I am, I suggested that they put them out with liquid from their own bodies.  That possibility really excited them, and in less than a minute, 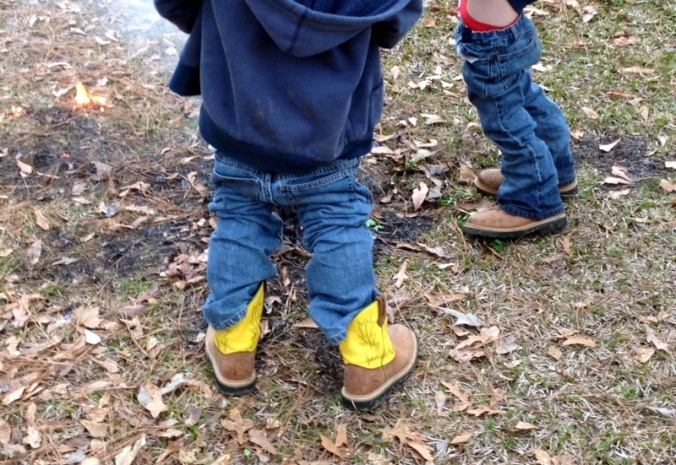 the mission was accomplished.